On the radar: Alfie Templeman 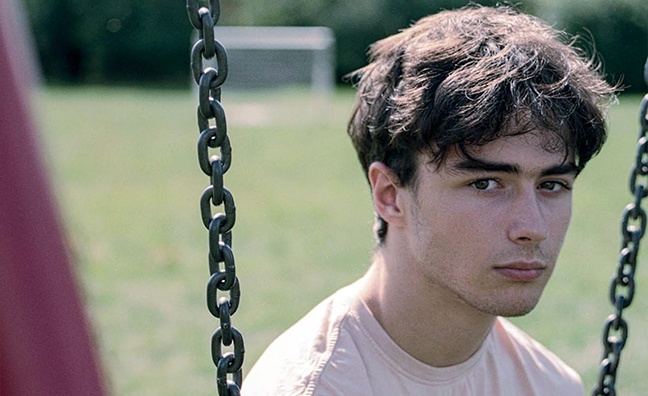 Alfie Templeman’s bedroom is painted orange, plastered with posters and cluttered with several instruments. “There’s a sitar and loads of weird stuff my dad gave me. My mum calls it a tip,” he says, speaking to Music Week shortly after his last lesson of the week. The 15-year-old Templeman is studying for his GCSEs, and he has perhaps the ultimate distraction. Full of soft, slow indie-pop and chunky choruses, his debut EP, Like An Animal, has just come out on Chess Club Records, and music takes up his every moment.

“My life literally revolves around it,” he says. “It’s amazing, everything that’s been going on is so surreal. I’m just so happy about it, really.” He sounds like he wants to whoop with joy, and you can’t blame him. Music has filled Templeman’s head since he can remember, and he’s been making songs alone in his bedroom for the past few years, in the same intimate fashion as his favourite songwriters, from Neil Young to Tame Impala’s Kevin Parker.

Inspiration comes from his home village of Carlton, Bedfordshire, its “beautiful scenery” informing simple, blissed-out melodies. “There’s not much going on here, but it’s really nice to look outside,” he says. “There’s a song on the record called Yellow Flowers. I was walking around one day and I saw a bunch of daffodils and I was like, ‘Right I’ll write a song about it.’ And looking at the sky and stuff, seeing what’s there and what I can make out of the clouds and things like that.”

When it came to singing, Templeman was reluctant: “I absolutely hated it. In lower school we had singing lessons and I’d make out I had a headache every time”. But after some encouragement from his mum, he gave it a go. “Eventually, I got to the stage where I was like, ‘Alright, I might as well do this.’ I kept making demos, putting them on CDs and giving them to my mates,” he says. “I can’t thank her enough, it’s all down to her that I even sing.” This teenage dreamer was introduced to music by his dad playing The Cult, and used to “whack pots and pans” to their ’80s pop. Now, he’s looking forward to making records forever, already thinking of developing his sound. “There’s a certain feel you get just from recording,” he says. “Then you release it and feel like, ‘Well, I just let everything out that I’ve kept in me for so long,’ then people hear it and it’s the best feeling. It really gets better and better.”

Perhaps everyone in music would benefit from a sprinkle of Templeman’s enthusiasm. “Nothing else compares to music really,” he finishes. “Everyone loves it, everything revolves around it. I think it’s the most important thing in the world.”