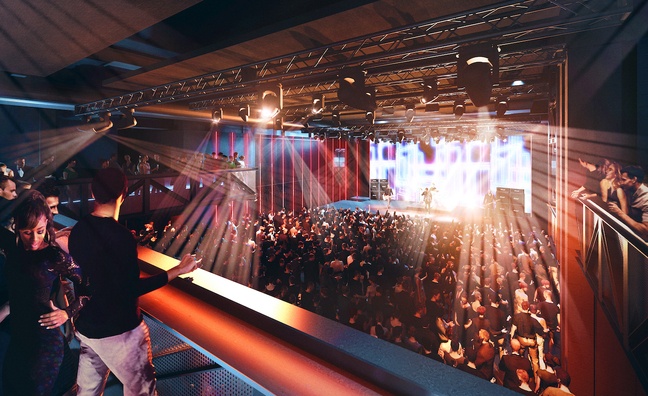 HERE at Outernet, the new 2,000-capacity live events venue in central London, has announced the first wave of live shows and events taking place this autumn.

The venue promises to showcase “a diverse array of talent across pop, electronic, indie, events and more, in keeping with the innovative and progressive ethos of the multi-media venue”.

UK breakthrough acts Alfie Templeman and Miraa May are both set to be part of the launch of HERE at Outernet. Following the release of his debut album Mellow Moon, Templeman will perform at HERE on Monday, October 31, following a string of festival dates this summer.

Miraa May recently released her debut album, Tales Of A Miracle, in May. She will perform on November 16.

Sam Ryder will take over two sold-out nights at HERE (November 23-24) in celebration of his debut album, following his second place finish in the 2022 Eurovision Song Contest in Turin.

Hercules and Love Affair will return to London for their first headline live show since 2018 on September 10. It follows the release of their new album In Amber. The show will also feature the launch of club night Milk.

Joining forces with Tuckshop, HERE will present West End Does Drag on Sunday, September 18, a mix of musical theatre, pop, live vocals, dance and more. Popular monthly queer cabaret night and dance party Mimi’s will be taking over HERE for a Halloween show on October 29.

Also set to appear at HERE this autumn are broadcaster Julie Adenuga with the Don’t @ Me club night and deep house DJ Kerri Chandler.

Annie Mac will launch the electronic music programme with an already sold-out Before Midnight club night on September 9.

“Genuinely thrilled to be able to work with the HERE team in bringing Before Midnight to a new state-of-the-art purpose-built nightclub,” said Annie Mac. “I’ve been for a tour of this place, and I was bowled over by it. I can’t bleeding wait.”

HERE at Outernet revealed its programming team at the end of May, including Leo Green (artistic director), Chloe Mitchell (programme director) and electronic music Karrie Goldberg and Robert Butters are operating partners, alongside COO Tristan Hoffman.

HERE at Outernet, alongside the 350-capacity The Lower Third (the former 12 Bar on Denmark Street) will play host to a diverse entertainment programme of live music, dance, comedy, immersive theatre, awards shows and beyond.

Dice has been named as the primary ticketing partner for Here and The Lower Third.

The venues are an integral part of Outernet London, a £1 billion immersive media, music and culture district fully opening later this year and located on the corner of Oxford Street and Charing Cross Road. In addition to traditional shows, there are opportunities to combine both the physical and the digital on giant screens.