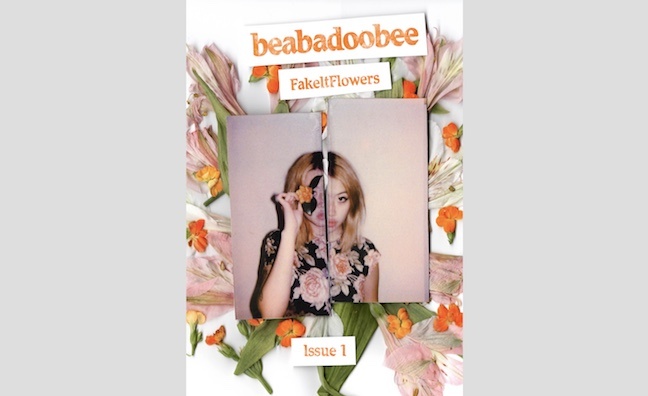 The 20-year-old artist, who’s signed to Dirty Hit, releases her debut album Fake It Flowers on October 16. She has already amassed almost 20 million monthly Spotify listeners, following her feature on Powfu’s Death Bed. The single has 681,262, sales according to the Official Charts Company.

Ong said the 12-month Radar initiative in the UK follows three years of support for Beabadoobee on Spotify.

“The very first track that she released was Coffee in 2017,” said Ong. “That caught our attention, so our relationship with her really predates her even signing to her current label. We started with editorial support across our playlists in the UK and Ireland, but also globally. It started off in genre spaces like the Indie List and Bedroom Pop, and then as we saw the support gather pace and more music was released, we started playlisting in other lists like Our Generation and Lorem. That really represents the kind of music she makes and the audience that are behind her.

“We then extended it out to mood and activity playlists, like Easy and Good Energy. Those kind of mood spaces also introduce her to a different audience over time. So our journey started with her in 2017 on the editorial side, but we've also been promoting her releases via social and marketing support as well. So now it feels like a natural progression on to the next stage.”

Spotify’s Radar campaign will include an immersive fan experience on Spotify via Storylines, in which Beabadoobee will take fans behind the songs with a track-by-track guide to her debut album.

“I’m really excited to be picked for Radar: Spotify have been so supportive of me from the very start,” said Beabadoobee. “From recording my first Spotify Singles at Abbey Road to my debut album, it’s been a crazy journey with them. We’ve worked on something really cool together that I hope people will love.”

We're looking at a bespoke programme – Beabadoobee has a very savvy, engaged fanbase

A print zine will be offered exclusively to Beabadoobee’s top Spotify listeners, featuring behind-the-lyrics stories, polaroids and creative from her own personal collection.

“We're looking at a really bespoke programme,” said Sulinna Ong. “She has a very savvy, engaged fanbase, so we're looking at an immersive fan experience on Spotify using Storylines. The print zine will be offered exclusively to her top listeners - this generation really loves that combination of having something in your hands, as well as the digital side.

“It's tactile and, with her visuals and her aesthetic, it's really bringing that to life for her fans, both on Spotify but also in real life. We’re working with the artist marketing team, and the music team is working with [Beabadoobee] to create something that she has always wanted to create. She has a strong idea of the visuals. It’s a CD insert with the traditional artwork and liner notes that fans obsess over.”

The programme of Radar support will also include features and covers in Spotify’s playlists, including Radar First Listen and Our Generation. Marketing promotion will include billboards.

“The editorial support will cover features, our Spotify-owned and operated playlists and also further marketing promotion as well,” said Ong. “But for us, it's really about leveraging the strength of the editorial and marketing support that we can offer and putting that behind her, so we’re really amplifying and deepening the connection that she already has to her existing fans but also introducing her to a broader audience. So, for example, looking at those broader mood spaces that do introduce a new mainstream type of listener to her.”

Previous Radar campaigns in the UK include Young T & Bugsey and Vistas.

“It's still early days as there's 12 months of support, but the measuring of success is in the growth of their fanbase on Spotify,” said Ong. “We’re continuing to see their followers grow on Spotify and connecting them to new audiences over the course of the 12 months. That's what we're watching and we're actively working on.”

Spotify is nominated in the Music Consumer Innovation category at the Music Week Awards for Spotify Wrapped.