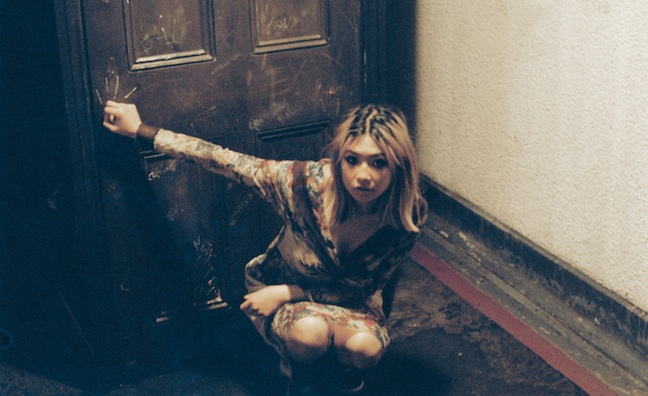 It has been announced that rising Dirty Hit artist Beabadoobee (real name Beatrice Kristi Laus) will be releasing her debut album Fake It Flowers this autumn.

This year has already seen the 20-year-old singer find platinum chart success with Powfu who sampled her debut single Coffee in Death Bed (Coffee For Your Head), which has hit 603,331 sales according to the OCC.

Fake It Flowers will be released October 16 via Dirty Hit. Beabadoobee has also premiered her brand new single Sorry with Zane Lowe on Beats 1, following the release of the album’s first single Care last month.

She said: “Sorry is an apology, confessing my mistakes in a friendship and watching someone who I love breakdown and fade away as a person.

“It’s the idea of dismissing something because it felt too close home and a personal reminder to never take for granted what that person could have had.”

Beabadoobee was born in the Philippines but raised in London, and has been recording music since 2017. In the short time frame of her rise, she has been nominated for a BRITS Rising Star award, toured with The 1975 and Clairo and released three EPs, with Space Cadet arriving at the end of 2019.

Last month YouTube Music named Beabadoobee as the first Artist On The Rise for 2020 in the UK. Artists On The Rise alumni include Mabel, Aitch, Freya Ridings and Mahalia.