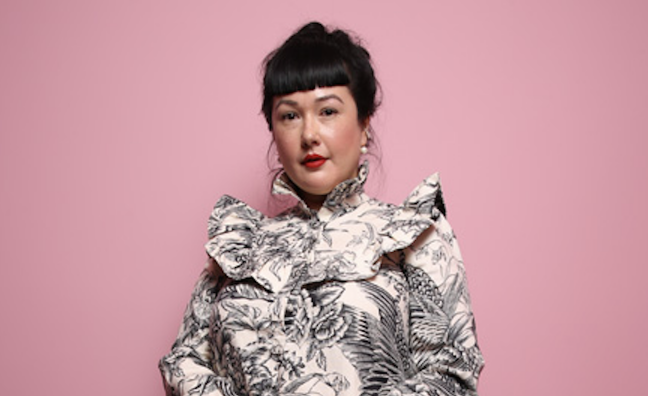 Spotify’s head of music for the UK & Ireland, Sulinna Ong, has told Music Week that the platform is in “an important position” to support emerging talent.

Ong has opened up about the launch of Spotify’s new worldwide Radar project, which went live in 50 markets yesterday (March 9).

Radar is designed to elevate emerging talent representing every Spotify region, and Ong confirmed that that, in the UK, between four and six acts per year will be selected. The scheme will offer marketing, editorial, fan events and planning support.

Recent Music Week cover star Ong, who is making waves at Spotify after arriving from Deezer, also revealed that Radar will house Radar First Listen, which offers support to artists at the very start of their careers.

Young T & Bugsey are the first act to be confirmed for Radar UK. Check out the full global selection of acts here and read a brand new Q&A with Ong below.

What are you aiming to achieve with Radar?

“It’s about working with artists ready to benefit from the full might and power of Spotify’s editorial and marketing support. We’ll be working with them for a 12-month period, which we feel is important to really support them and make a meaningful contribution to the development of their career. Emerging music is a big umbrella, it can include someone like Young T & Bugsey who have a team around them and momentum, but how about the artists releasing their very early tracks and singles? We wanted to make sure we cater for both, so we’ll be launching Radar First Listen and working with 50 [more] artists throughout the year.”

How long has it been in the works?

“For a few months. With anything that’s a priority for the company globally, it takes a lot of discussion with music teams around the world to tailor it to each region. The reason we took the time to think about what’s meaningful for an artist is because there are other development programmes out there, we wanted to make sure we thought what would really make a difference.”

How will the support be visible?

“We’ve been working with Young T & Bugsey for some time, they performed at the Who We Be show in Manchester last year so it feels like a natural next step. Radar includes support on our flagship playlists and New Music Friday, we’ve already listened to their upcoming music and worked closely with their team to understand their plan, and there does need to be a plan on both sides. We will focus marketing support on their releases, hold fan events to connect them to their audience and increase their reach on Spotify and give feedback to them and their team on what we’re seeing, the demand for their music and how the songs are performing. That feedback is an important part.”

Why are you offering 12 months of support?

“Because it [takes] time. We don’t think that just focusing on a release for two or three months and then moving onto the next thing is really the right thing to do. It’s a year of working with the artists and their teams looking at avenues and different touchpoints for the marketing plan, making sure that, editorially, we’re supporting it in the broadest sense possible and continuing to work that campaign for 12 months. It gives flexibility – a lot of things move for a developing artist, releases change, so the 12 months is important.”

Will you focus on a range of genres?

“It’s important to represent a good diversity in terms of genre and that’s at the forefront of our minds. Young T & Bugsey are from Nottingham, and we’re looking at regional acts as well, that’s important. Talent is coming from all over, not just London.”

Why is emerging music so important to you?

“Spotify has 271 million users, that is an incredibly important position and I don’t take it lightly. With that comes the desire to really contribute and make a significant contribution to an artist’s career, because we do have that reach. That’s why we’re excited about Radar. Spotify’s strengths have always been to connect audiences to music they love and music they don’t even know they love yet. That’s what we’re focused on doing with Radar.”

Music Week subscribers can read our exclusive interviews with the team at Spotify's UK HQ. To subscribe and never miss a music biz story, click here.