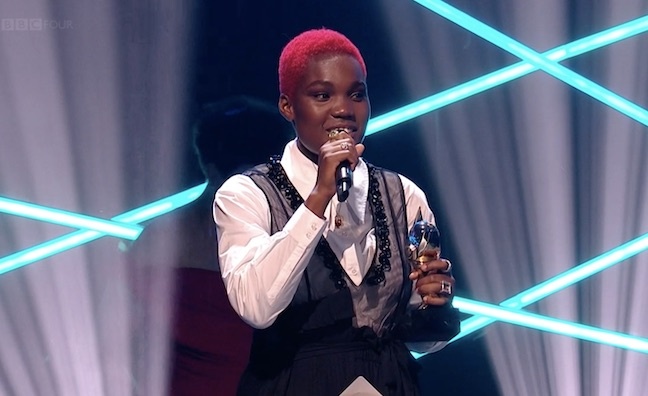 The award for the best UK or Irish album of the year was collected by Arlo Parks at the Eventim Apollo in Hammersmith. Former BBC Radio 1 DJ Annie Mac presented the prize, which includes a £25,000 payment.

The ceremony, hosted by BBC Radio 6 Music’s Lauren Laverne, returned for a full in-person event with live performances from 10 of the 12 nominated acts.

“It took a lot of sacrifice and hard work to get here and there were moments when I wasn’t sure if I would make it through, but I’m here today, so thank you very much,” said Arlo Parks when she collected the prize.

Parks, who thanked Transgressive, PIAS and her management at Beatnik Creative, closed the show with her summery single Too Good. Annie Mac described Parks’ music as “healing”.

The judging panel said: "It was extremely difficult to choose a winner of the 2021 Hyundai Mercury Prize. There were so many strong albums, of such diversity and character. But in the end we decided that Arlo Parks was an extremely worthy winner. Addressing such complex issues as mental health and sexuality with real empathy, displaying a lyrical wisdom that belied her 21 years, with Collapsed In Sunbeams Arlo Parks has created an album that has captured the spirit of the year in a positive, forward thinking fashion. It has the ability to reach out and remind a wider audience of the timeless art of the album. Arlo is an artist who connects deeply with her generation and reflects the plurality of contemporary British life."

Arlo Parks can now expect a boost from the award, which aired live on BBC Four and 6 Music. It has so far sold 43,311 copies, according to the Official Charts Company. The album increased its sales by 12.9% in the period since nominations on July 22.

There were also standout performances on the night from nominees including Ghetts, whose rendition of Fine Wine included a string section; Celeste with her powerful vocal on Strange; and Wolf Alice, who opened the show with Smile, a highlight from their Blue Weekend LP.

Berwyn received a warm reception for his solo performance of Glory. However, there was no live performance by the mysterious collective SAULT, so it was left to DJ Gilles Peterson to explain some of the story of the music involving producer Inflo, which was released amid the Black Lives Matter protests.

Arlo Parks has created an album that has captured the spirit of the year in a positive, forward thinking fashion

Celeste’s Not Your Muse (Polydor) is currently the biggest seller among the nominees (61,980), closely followed by Wolf Alice’s Blue Weekend (Dirty Hit) on 61,721.

The Mercury Prize is organised by the BPI, whose chief executive Geoff Taylor recently told Music Week that it remains an “important element of music discovery”.

Click here to read our 2020 cover feature with Arlo Parks and Moses Boyd.