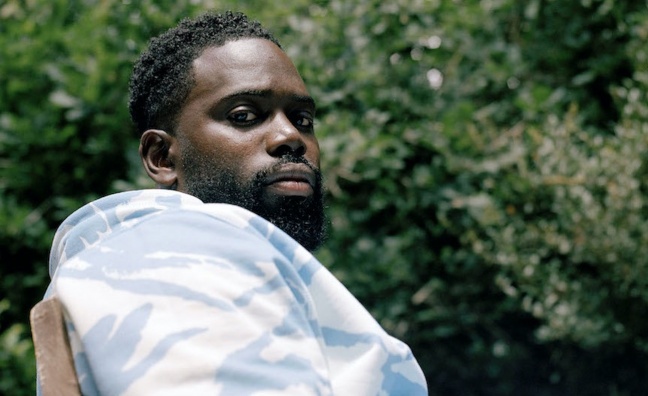 Warner Records president Phil Christie has told Music Week that Ghetts is “an albums artist in the truest sense of the word” as Conflict Of Interest lands as the rapper his best albums chart finish yet.

Earlier this week, Ghetts could be seen standing on top of a tank in the middle of London’s Oxford Street, a stunt Christie told us was designed to “cut through” during release week.

It’s fair to say that Conflict Of Interest has done more than merely cut through; it has scored the East London rapper – who’s so often cited as an influence and inspiration for many of the current generation of UK MCs – the best numbers of his career.

Ghetts released his previous album, 2018’s Ghetto Gospel: The New Testament independently, with backing from Caroline International. With a No.30 peak, it has 15,429 sales to its name to date, according to the Official Charts Company.

At Wednesday’s midweek count, Conflict Of Interest had 4,799 sales, and already appears on course to outsell its predecessor. Ghetts has 1,084,752 monthly listeners on Spotify, where the biggest song on his new record is IC3 (feat. Skepta), which has 3,348,059 streams to date. Skepta is part of a star-studded guestlist on Conflict Of Interest, which also features Stormzy, Dave, Wretch 32, Hamzaa, Giggs, Pa Salieu, BackRoad Gee, Miraa May, Emeli Sandé, Ed Sheeran, Aida Lea, Jaykae and Moonchild Sanelly.

The record’s release campaign has prompted an outpouring of support for Ghetts, who, four studio albums and six mixtapes in, could well be standing on the precipice of his most successful years.

What are the driving forces behind your campaign for the Ghetts record?

Phil Christie: “The driving force is Ghetts himself; he’s not only one of the greatest rappers the UK has ever produced but a brilliant all-round creative mind. We’ve been able to meet him on his ambition for this album and elevate it. We wanted career peak single and album chart positions, and at least 100% growth on his last week one number. All of these things have happened. It wasn’t just the early singles that felt great, the whole album is exceptional and his Daily Duppy and Fire In The Desert set a new standard.”

Nathan James-Tettey: “Ghetts has the rare skill of uniting a team towards a common goal, which was essential during some difficult moments during the campaign.”

What were the cornerstones of the marketing plan?

Fawaz Al-Jabban: "Just to be genuine and authentic to what Ghetts is all about. It’s an incredible record that shows real growth and expansion in his art form and creativity, that had to be a core focus for us across all assets. The visual side of this project was a huge focus and every moment had to ‘feel like a movie’"

Malaika Carr-Haji: "Additionally, the album is conceptually split into three parts, the past, the present and the future of Ghetts, so album artwork that depicted this in a powerful way was necessary.”

Talk us through release week, what's it been like? What have you been working on this week specifically?

Daniel Tuffin: “Graft. I’ve got mates that work on rooves in the snow that would have easier weeks than we’ve just had. Putting together a clever, slick, bespoke marketing campaign around a truly unique artist in his prime, in the middle of a pandemic has thrown up all sorts of challenges. With that said, creativity truly is its own breed, and through those challenges as a team we made some moments this week that will live far longer than a chart battle. This week specifically was about pointing the public in the album’s direction - whether it be an honest, direct sounding hashtag – they’re usually all rubbish – a format defining Daily Duppy or a rule-bending army tank we had to ‘avengers assemble’, as Ghetts would put it. There is no label in the country with a Nathan Tettey, and that is a fact not an opinion. I can’t stress enough how important it is to have artists amongst artists within a label.”

FA: "The scene is powerful, we knew we had to galvanise Ghetts fans, old and new and get them supporting the project. It’s such a strong piece of work that it carried it’s own weight. The reviews were one thing but the love and admiration online for the album is really what has driven this. It’s an undeniably special body of work. The week’s been exciting and we had to throw a few big moments in along the way too."

What's it been like working with Ghetts, what can Warner bring to him as an artist?

PC: “He’s a great partner – intelligent, passionate, and ambitious. He’s worked hard, delivered great music, and collaborated on an unreal series of videos with Nathan Tetty and Ruff Mercy, including my personal favourite – the video for Mozambique. No better video was made during the first lockdown.”

Why is Conflict Of Interest connecting like it is? What does it say about Ghetts and his art?

PC: “It says that Ghetts is an albums artist in the truest sense of the word. It says that there’s real appetite for quality albums within the UK rap scene – albums that have broad musical scope, stylistic breadth and are longer than 45 minutes.”

How did you end up driving a tank down Oxford Street? Whose idea was that and how did you pull it off?

PC: “With a dearth of interesting real life events going on and everyone at home just scrolling through their feeds, we knew an eye catching moment would pop off the screen. Management had the tank idea, we made it happen, Ghetts jumped on board and it provided some real cut through on the chart battle message. It was also fun getting pulled over by the police on Oxford Street.”

These No.1 battles always capture the imagination, but what do you want people to remember about Ghetts and this campaign in particular?

NJT: “The journey. How we all had to really make a connection with an artist and a team in full lockdown. Working out together what the right path was in uncertain times. Everyone has played their part. From Trenton Harrison-Lewis and Daniel in management to SK and Jo Heron on content, Fawaz and Malaika in marketing, Jude Amponsah and Dom McKiernan in creative, to Lloyd Murray, Joe Kentish and Phil. Everyone played their part. Then there’s the big man himself, Ghetts! A genuine credit to the industry and a true artist.”

FA: "It has to be the album itself and the quality of all the visual assets around it, from the individual videos for the singles to the Fire In The Desert, the Daily Duppy, the artwork and all the social content. Every aspect was considered and no corners were cut. I’ve no doubt this album will go down as a classic. I also think Ghetts riding on a tank through central London might stick in the memory too!”

How's the rest of the year looking for Ghetts?

PC: “We all feel like this is the beginning of a new era for him. More music, more collaborations and, ultimately, live shows are all on the cards.”