ADA's Brooke Salisbury on Central Cee's UK No.1, European collaborations and US impact 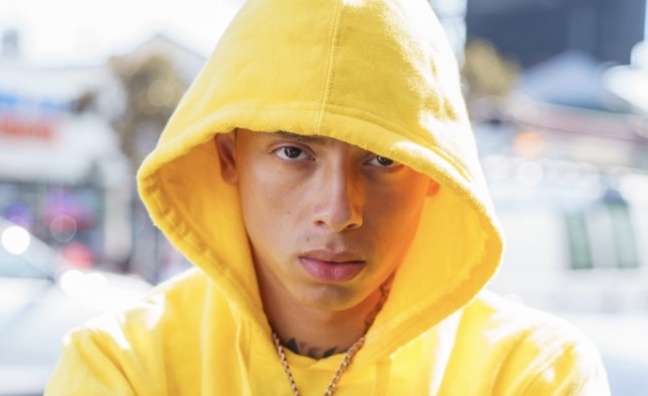 Eleven months after his first mixtape, Wild West, debuted and peaked at No.2 on sales of 15,105 copies, Central Cee made No.1 in the UK on Friday (March 4) with the follow-up, 23.

The opening sales were double that of the first release - 29,764, according to the Official Charts Company - and included a strong physical result. The final tally was: 13,464 CDs, 6,418 cassettes, 464 digital downloads and 9,418 from sales-equivalent streams.

Central Cee partners with Warner Music independent label services division, ADA, who delivered the No.1 despite tough competition. He was actually 8,000 sales behind eventual runner-up The Tipping Point by Tears For Fears in the first two sales flashes of the week.

As well as his current Top 10 hit with D-Block Europe with Overseas (375,570 sales), Central Cee had two singles chart climbers and the highest of seven new entries with tracks from his new mixtape.

Central Cee, who’s represented by UTA, is currently making global touring plans. The West London rapper has already made European in-roads with Movie, a 2021 collaboration with Italian rapper Rondodasosa that has 20 million Spotify streams. Rondo returns on Central Cee’s Eurovision on the latest mixtape, alongside several other European rap stars who guest on the track.

Here, Brooke Salisbury, general manager at ADA UK, opens up about the campaign, including the chart-topping performance and growing international success for the UK rap star…

How did you achieve this No.1 result for Central Cee - and how did you build on last year's mixtape?

“It’s really an indication of Cench’s growing fanbase – in 12 months he’s gone from breakthrough rapper to one of the UK’s biggest artists. After Obsessed With You [No.4 peak, 519,697 sales] we haven’t focused on hit singles. Instead, we’ve been showing the world a bit more of who this artist is - and that storytelling is really connecting.”

How significant a chart result is this for ADA?

“ADA has a long history of breaking rap talent in the UK, as well as our dance, electronic and more established independent label acts, but this one is on a global level thanks to the efforts of the highly engaged ADA team around the world. We’re No.3 in Ireland, No.6 in Australia, No.9 in France plus several more we can’t announce just now – many of which are the highest ever placings for a UK rapper. It’s a true global success story for ADA today.”

How will you maintain streaming momentum - how big can this record be in 2022?

“The mixtape is an incredible body of work – personal, diverse, accomplished - and good music has staying power. The track Eurovision, which features some of Europe’s hottest rappers, is already making significant waves across Europe, and the US is opening its arms to Cench – Khabib is on Spotify’s Rap Caviar playlist. The audience is truly global, and that informs every action in terms of building and maintaining momentum.”

Physical sales were a bigger component this time, does that indicate a growing and committed fanbase for him?

“Yes, both growing and committed, and it’s products like the Fan Art Edition CD, which features original mixtape artwork pieces created by Cench’s fans, that help to make physical relevant for the audience.”

Are there international plans to build on the collaborations he's done in Europe?

“Cench’s collaborations are very authentic, that’s why they connect so well. 23 is a mixtape – he made it in two weeks – and he’s already quite developed with ideas for his first album proper. He’s left himself a lot of room to grow – he’s just getting started really.”