Inside the rap supergroup campaign from Skepta, Chip & Young Adz 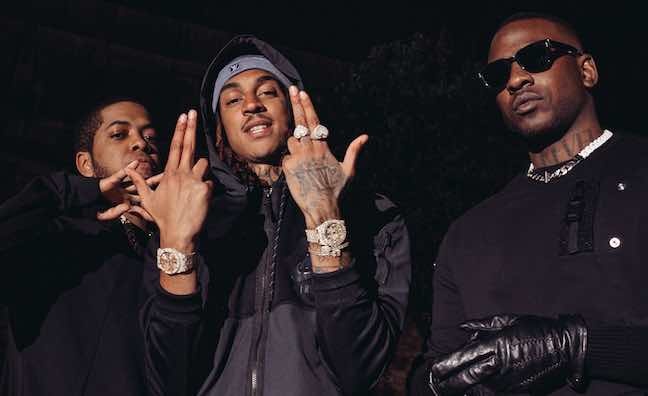 Released in partnership with ADA, Insomnia has sales to date of 18,711, according to the Official Charts Company. While the physical supply chain was challenged for the release, a D2C partnership with Townsend and Banquet helped the streaming-focused album deliver 1,400 physical units.

In the latest issue of Music Week, we report on how artist and label services companies are pushing ahead with releases during the Covid-19 pandemic. Here, Chip and manager Ashley-Rae Tapping, of Confirmed Management, take Music Week inside the campaign from a new UK rap supergroup…

How did this collaboration come together?

Chip: “Myself and Skep was talking about doing a joint tape together and Skep said he wanted Adz to feature on a couple tracks, but when we met up in the studio, the vibe was too good so we just decided to do it together instead."

What are the ambitions for the Insomnia campaign – and why push ahead with the release at this time?

Ashley-Rae Tapping: “[It’s about] putting out good music and content and also setting a blueprint to encourage more artists to collaborate and uplift one another. Also, we don’t know when this pandemic will come to an end, so if not now, then when? The whole world is going through this challenging time and the goal is to keep [the campaign] going, so we want to shoot more videos and make up for lost physical interactive times when this is all over.”

C: “Deep down all we really care about is the music so as long as we got our iPhones we will get music to the people…”

These are big streaming artists, what support has the album had from DSPs?

ART: “Streaming is an important factor, like it is for any campaign. We had some great support from all streaming services. We were also able to release two music videos and released limited physical copies, catching the deadline just in time before everything shut down.”

What did ADA bring to the release, why did you want to work with them?

ART: “All three artists are independent and are with separate distributors. For this project, we thought it would be fair to have a distributor none of the artists had worked with before. Myself, Skepta’s managers Sam [Burton] and Grace [Ladoja], and Wes, Young Adz’s manager, had all had an encounter with ADA in the past, so were familiar with the team and previous successes. And after they heard the project, the enthusiasm the team had was great. We’ve all been working from home and everything has been extremely smooth and consistent.”

Will there be touring when the time is right?

C: “That’s the plan. Our top priority is doing a London show.”

Is it important to keep putting music out there during the pandemic?

ART: “It is important to keep putting music out there, because we don’t know how long this pandemic could go on for. It has become more difficult, because usually campaigns consist of marketing strategies such as interaction with supporters face-to-face, pop-ups, billboards, radio interviews, etc and these do help push campaigns further. With this campaign we stuck to the original date and just had to adapt, so we focused more on digital advertising and luckily we had two music videos and a documentary shot already. Last minute, we added a few lyric videos to push the interaction in week of release, as well as all artists jumping on their social media channels to interact with their supporters online. Shooting more music videos and touring would have been ideal. But we are taking each day as it comes, as we still are dedicated to continuing the campaign for as long as we can.”

To read the full story, subscribers can click here.