'The album has a massive future': Townsend Music's Bruce McKenzie on the evolution of D2C 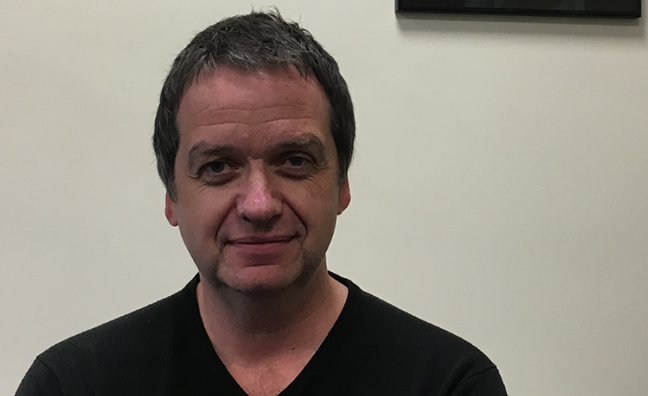 Townsend Music is having a good chart run with D2C campaigns including the No.1 Step Back In Time collection for Kylie, as well as Top 5 albums by Will Young, Skepta, The Divine Comedy, Two Door Cinema Club and Richard Hawley.

Recent Kantar research showed an overall increase of 28% year-on-year for D2C. But with sales skewed heavily towards week one, Townsend Music is looking to increase sales opportunities further into an album campaign.

The e-commerce specialist has appointed Lucas Barr as business development manager. As well as building up affiliate partnerships, Townsend is rolling out its Making Music platform. It extends the pre-order mechanic for artist stores from three months to up to 12 months, and enables acts to share exclusive content filmed in the studio with fans as bonus content, or as part of a subscription to fund the making of an album.

Why did you decide to extend the pre-order mechanic with the new Making Music platform?

“It seems like a natural progression. D2C is becoming a big part of the retail climate now. [But] what we’re finding is we have a really popular three-month [pre-order] period, then invariably after week two it drops off until the tour. Engagement is so important through social media, so if we can shoot videos of bands in the studio while they’re making the album, that could start the process. With Gary Numan in particular, he’s really embraced it. Being part of a subscription or crowd-funding model, we’re finding fans engaging more now online and it’s working really well. We’re finding more bands getting on board – the three-month pre-order period could be a six-month or a year’s campaign.”

With the exclusive track-by-track content from artists for Making Music, how can that help an act extend physical sales beyond week two?

“Artists can choose to have it as a revenue stream along the lines of a crowd-funding option, or it can be free online. We release as many videos after the release [as before] over six weeks. If you’ve got a Top 10 chart position, more people are looking online, all the previous videos are archived, it’s telling the consumer they’re buying into something. It’s a streaming vibe where it’s there for everybody to see, so it’s keeping the campaign going rather than shutting down after week one.

“A band will tour when the album is released, so that’s when our affiliate programme can come in with the relevant ticket companies – the D2C platform is the place to go to buy the ticket for the tour, where we arrange an up-sell on the ticket sites. There are two to three stages in the D2C journey, rather than just pre-order. The affiliates are a big part of that new business for us.”

D2C is becoming a big part of the retail climate

What role can this new platform play in supporting the long-player as a format?

“Making Music is all focused on the album. There’s a lot of press about the album’s dead because of streaming. [But] we’re selling more albums than ever and we think there’s a massive future in the album, it’s just got to be championed and supported and believed in by managers, A&R people and the labels. We feel passionately that there’s a lot of life in the album and certainly the physical album. D2C is a big part of the landscape, we’re constantly looking at ways to improve our data and improve our sales. If it’s done correctly, it can really drive our album sales, and hopefully through engagement it’s going to appeal to people outside the fanbase. And then once we market [releases] on our website, I think they are going to get to a broader audience.”

What was the thinking behind the recent launch of the Townsend Music Store as a shop window for all your D2C campaigns?

“We operate 1,000 D2C stores globally. The whole idea is that Townsend Music is becoming a bigger community. It’s a traditional website to sell music, but because we run a thousand stores we’ve got thousands of titles that you can’t get anywhere else, other than the individual artist D2C store. So by migrating those products onto a public portal and assigning it to genres, then everyone can see them. Which is why we’re getting customers spending £300 to £500 in one checkout, because it’s a great global boutique site selling lot of exclusive stuff – and people are coming back.

“Through our affiliate platform as well, with certain artists we can market their album to over a million people through people like Ticketmaster. It’s about expanding our database and online community to promote our clients’ campaigns. People are really embracing vinyl and deluxe CD packages. Because we do lots of bundles where the customer is getting a saving, it’s shooting the average spend up.”

You’ve had recent success with acts including Skepta, Kylie, Richard Hawley and The Divine Comedy. What’s Townsend’s average share of a week one album sale?

“Up to 35%. Our sales are recorded in the chart feeds, I know how many UK albums we’ve sold by a specific artist, so it’s very easy for me to see how many albums we’ve sold in a week to calculate our market share in week one. An average is about 35%, it means we’re selling more than iTunes and HMV in many instances. With that type of result, more and more people are going to take note. If we hadn’t have driven that campaign, those artists wouldn’t have had a Top 5 album or No.1 album.”