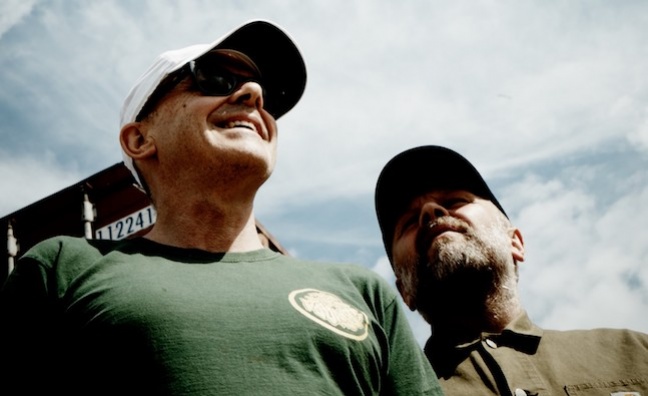 The band’s fourth album, This Is What We Do (Virgin Records), is set to be released on December 2. It will feature guest contributions from Fontaines DC frontman Grian Chatten and poet and author Lemn Sissay.

Leftfield’s music has always been in demand for sync, appearing in films such as Trainspotting and The Beach, as well as adverts for brands from Guinness to O2.

Leftfield’s original line-up was Neil Barnes and Paul Daley. They split in 2002 to pursue solo projects, and Barnes reignited the Leftfield name in 2010 with a number of different musicians joining him in studio and on stage over the last 12 years.

Neil Barnes said: “I’m so excited about the release of This Is What We Do. It’s great to be back with new music and to be in partnership with Warner Chappell Music, I know the team there will help us take our music to even more fans around the world.”

Shani Gonzales, managing director of Warner Chappell Music UK, said: “Leftfield wrote the book when it comes to electronic music. And Neil is still innovating and collaborating more than 30 years after he first co-founded Leftfield. I’ve heard the new album and it’s amazing, Leftfield fans are in for an early Christmas present.”

Ayla Owen, vice president of Sync, Europe, Warner Chappell Music, added: “Leftfield’s riotous blend of eclectic sounds, spoken word vocals and relentless beats created a ground-breaking and inimitable brand of electronic music in the ’90s. Their music has played centre stage in some of the world’s most iconic syncs, such as the use of Phat Planet in the award-winning Guinness ‘Surfer’ campaign. The band’s new album has an uncompromising immediacy to it that took my breath away when I first heard it – an instant classic. On a personal note, this is a hugely important signing to me because I’m a massive fan!”

Leftfield’s commercial breakthrough came in 1993 with Open Up, featuring John Lydon. Their acclaimed debut album Leftism reached No.3 in 1995 and was shortlisted for the Mercury Music Prize.

Their second album, Rhythm and Stealth, was released in 1999 and went to No.1 in the UK, and was also shortlisted for the Mercury Music Prize.