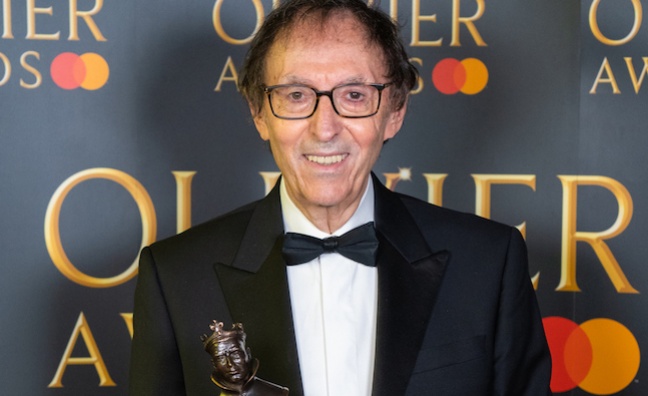 Sony Music Publishing UK has today (March 10) announced it has extended a worldwide deal with Tony and Oscar-winning, Hall of Fame songwriter and lyricist Don Black.

Don Black has worked on a host of most iconic songs from James Bond theme songs such as Thunderball, Diamonds Are Forever,The Man With The Golden Gun and The World is Not Enough.

He is also well known for writing popular hits Ben by Michael Jackson – which he detailed in Music Week’s Hitmakers feature – Lulu's To Sir With Love, Born Free, and many musicals including Tell Me On A Sunday and Sunset Boulevard with Andrew Lloyd Webber.

An official press release stated that Black is “working on several upcoming projects – he is writing songs with Van Morrison, collaborating on various new musicals, and his hugely successful autobiography The Sanest Guy in the Room comes out in paper-back shortly.”

Speaking about the deal, Don Black said: “I'm delighted to renew my relationship with Sony Music Publishing. I am particularly excited to be working with the young and inspirational David Ventura and Tim Major.”

In a joint statement, Sony Music Publishing UK president, co-managing director David Ventura and co-managing director Tim Major said: “Don is a living legend and a true hero of ours. Sony Music Publishing has a proud history with Don and it is a true honour for us to have the opportunity to expand and re-energise the relationship with him and Clive as we focus on the future together.”

Black has earned numerous top accolades for his music, including his 2007 induction into the Songwriters Hall of Fame, an Oscar for Born Free, five Academy Award nominations, two Tony Awards, six Ivor Novello Awards, a Golden Globe Award, and most recently the prestigious Olivier Award presented by the Duchess of Cornwall.