'Logic is at the top of his game': Rapper and producer signs with Universal Music Publishing 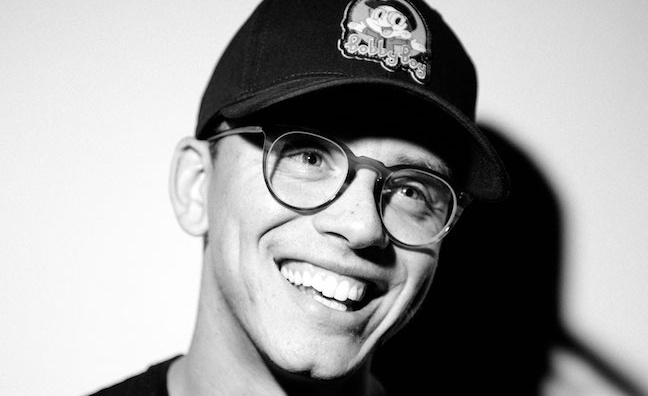 Logic has signed a global deal with the Universal Music Publishing Group (UMPG).

The producer and artist – real name Sir Bobby Bryson Hall II, although that's his actual name not a knighthood – has inked an exclusive, worldwide administration deal with the publisher.

“Logic is a supremely creative artist and songwriter with a tremendous work ethic. From his earliest days creating mixtapes, he’s grown into a superstar who has conquered writing, rapping, singing, producing and beyond,” said David Gray, UMPG's executive vice president and head of West Coast A&R.

“Logic is at the top of his game and only going up. The UMPG team looks forward to delivering outstanding opportunities in support of his incredible music.”

Logic's catalogue includes four albums and seven mixtapes and he has amassed billions of streams and sold over five million albums.

“I’m truly excited to begin my new creative partnership with UMPG," explained the Maryland rapper, whose recent successes include US No.1 single 1­-800-­273-­8255 National Suicide Prevention Lifeline, which featured Alessia Cara and Khalid, plus four albums, the most recent of which, Confessions Of A Dangerous Mind, debuted at No.1 in the US.

"My conversations with Jody Gerson, David Gray, and those who I have met thus far have been inspiring and I know they will be a fantastic help to bringing my creative visions to life.”