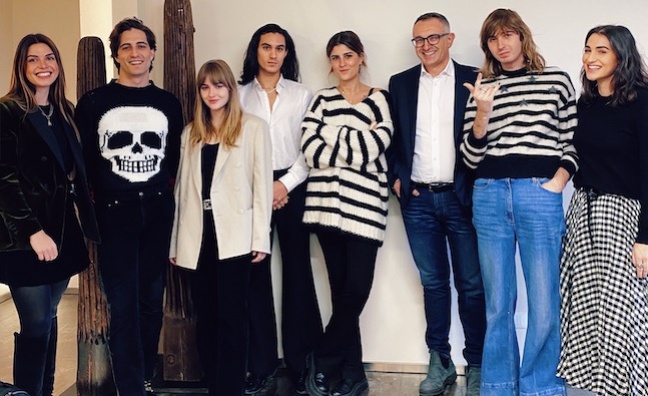 The deal renews the company’s long-established partnership with the band, which began in 2017, and covers future works and catalogue.

Recently, Maneskin celebrated their American television debut on The Tonight Show with Jimmy Fallon and played their first ever concerts in the US, including their opening performance for the Rolling Stones in Las Vegas.

The group announced a new set of UK and European tour dates for 2022.

Paola Balestrazzi, A&R director, Sony Music Publishing Italy, said: “It has been a huge privilege to work with Maneskin over the past four years, because they reflect how music should be – free-spoken, inclusive, and authentic – and it’s why their songs are so incredible. Their achievements this year also remind us of the power of dreams, showing what’s possible through hard work, commitment, and strong will. We are honoured and grateful to continue working with Maneskin and we can't wait to see what the future holds for them.”

Guy Henderson, president, international, Sony Music Publishing, said: “We are thrilled that Damiano, Victoria, Ethan and Thomas have decided to extend their relationship with us. Their songs have taken popular music forward into new uncharted waters around the globe, single-handedly creating a genre that is both new and fresh, as well as true to rock ‘n roll. We look forward to working with them on this exciting phase of their momentous career."