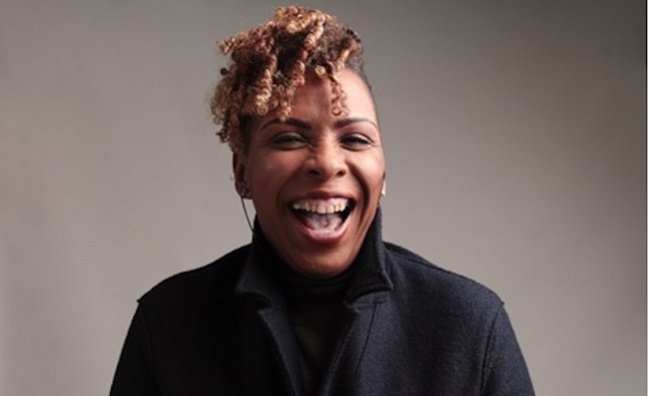 Michelle Escoffery has been named as president of the PRS Members’ Council.

An Ivor Novello Award-winner and and Music Week Women in Music 2020 Roll Of Honour inductee, the singer, songwriter, composer and educator will take up her new role immediately.

Previously a writer director on the PRS Members’ Council, Escoffery takes up the newly established position on the Members’ Council. The role was introduced at last year’s PRS Annual General Meeting in August after a review of the organisation's governance.

“We are delighted to welcome Michelle Escoffery into her new role as president of the PRS Members’ Council," said PRS For Music CEO Andrea C Martin.

"The governance changes introduced last year are an essential part of PRS’ evolution and to its future success, placing members at the centre of everything we do. The president role will ensure that PRS for Music remains world-leading, providing the essential services which our members rely upon, now and far into the future.”

“The music industry never stands still, and with Michelle as president, we are well placed to capitalise on new opportunities and ways of working, to ensure our members are getting the best experience and support possible,” Masters explained.

“Michelle has played an important role as a writer director of the PRS Members’ Council in recent years and her advocacy for music creators of all statures, genres and backgrounds is well known," said Elderton. "As such her appointment as our new PRS president is greatly deserved. Michelle’s knowledge and understanding of our industry particularly as a successful songwriter will enable us to better engage with our members and build towards an increasingly diverse and inclusive PRS for Music.”