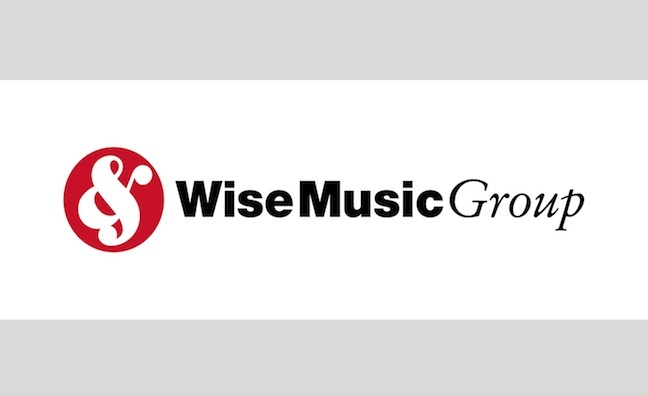 Music Sales Group has rebranded itself as Wise Music Group.

The name-change for the independent music publisher is also reflected in the various international office titles. The rebrand is effective from February 3.

Wise Music Group Chairman Robert Wise said: “With historic roots in print publishing, we have recently refocused on expanding our already substantial portfolio of copyrights across all styles of music. We work hard to maximise the value of those copyrights while promoting the talents of our impressive roster of contemporary composers. Our new name reflects both the continuity of our business approach and the fact that ours is a family business with two generations of the Wise family well established within it, guiding our future progress.”

As well as the rebrand, Wise Music Group has announced new publishing deals with Evan Dando of The Lemonheads and Olafur Arnalds.

Dando has signed a publishing agreement with Wise Music USA, part of Wise Music Group. The worldwide deal includes all of his work to date, including songs such as It’s a Shame About Ray, My Drug Buddy, Confetti, Rudderless and Big Gay Heart.

Dando said: “I’m super excited that for the first time in my career all of my publishing will be with one company under the same roof. I’m looking forward to a successful partnership with Wise Music.”

Tomas Wise, CEO of Wise Music USA, said: “Growing up my brothers and I listened to The Lemonheads religiously. We were their biggest fans. I could not be more thrilled to be representing their music today. Everyone at Wise Music is excited to work with Evan and his team and are squinting at the bright future ahead.”

Olafur Arnalds has signed an exclusive worldwide publishing deal with Bosworth Music. The catalogue includes Flow 1 and Flow 2 from Ekki Hugsa 360°, a commission from Reeperbahn Festival, plus all upcoming works.

Arnalds said: “I am thrilled to be joining the Bosworth/Wise Music family’s close-knit community. Their long history combined with their embracing of change within the music industry made me confident that they were the right team for me and my variety of projects.”

Michael Ohst, MD of Bosworth Music, said: “We have been following Olafur’s career with huge interest during the last years and are thrilled to work with him and support him in his future activities.”