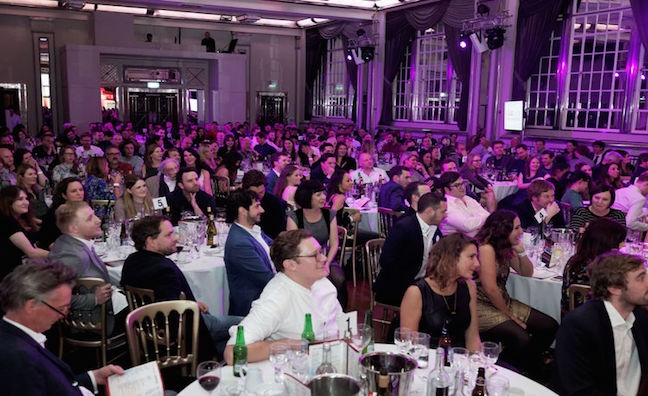 The Music Week Sync Awards are back for 2017, taking place on October 19 at 8 Northumberland Avenue, London.

Now in its fourth year, the Sync Awards return this year to a new, bigger venue to accommodate phenomenal demand after 2016’s sell out ceremony. The event will once again celebrate the very best sync individuals, teams and placements across a broad range of media over the past 12 months.

In order to match the ever-evolving nature of this rapidly growing area of the business is represented, we will also be adding a variety of brand new categories alongside the event’s most coveted prizes from the past four years. There will also be a new entry process, details of which will be announced shortly.

Furthermore, a new and exclusive after party venue will be revealed imminently, so be sure to watch this space for details.

Mute Song's licensing manager Simon Ballard said of last year's event that it was "the best sync awards I have been to in 2016!"

"A great place to catch up with old friends and make new ones too," added soundlounge's CEO Ruth Simmons.