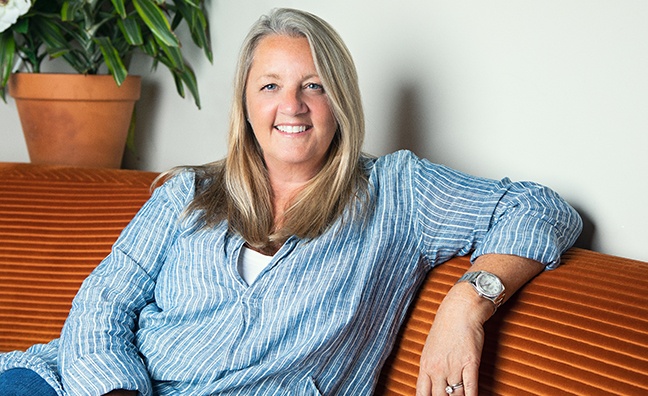 Liz Rose ought to be appearing in London tonight, as part of the Country Music Association Songwriters Series gig at Indigo at The O2.

Unfortunately, concerns over the spread of coronavirus have scuppered her appearance, along with scheduled players Lori McKenna and Hillary Lindsey.

The show will still go ahead with Niko Moon, Jaren Johnston, Caylee Hammack, Tenille Townes and Phil Barton and, before Covid-19 and the devastating Nashville tornadoes intervened, Music Week caught up with Rose, who has been behind some of Music City’s greatest hits.

She famously worked with Taylor Swift from the start of her career, co-writing such Swift classics as Tim McGraw, You Belong With Me and All Too Well (which Rose discusses in the latest print edition of Music Week, available now).

But she also has her own publishing company, Liz Rose Music – recent signings include Alyssa Micaela, Seth Ennis and Cassidy Daniels – and has helped pen hits for the likes of Kylie Minogue (Golden), Little Big Town (Girl Crush), Carrie Underwood (Cry Pretty) and many more.

So, as C2C gets underway, Music Week sat down with Rose to talk about streaming, songwriters’ rights and what it’s really like working with Taylor Swift…

Are you a fan of the UK country scene?
“When I was there, it blew my mind that there were fans that knew who I was. I’d sign autographs for an hour, which is crazy. A lot of it is down to Taylor Swift – so it’s the Taylor factor and Little Big Town. But a lot of country artists are finding some traction over there because y’all listen and appreciate where the song came from as well.”

And how is the songwriting scene in Nashville at the moment?
“It’s great. The lifeblood of the country music genre is the songwriting and the story. The organisations do a really great job of recognising songwriters and treating them really well. It’s great to be a songwriter in Nashville. Although the Music Row situation has spread out a bit. We’ve got so many people that the buildings have got too expensive. A lot of people come in from LA and set up a studio in East Nashville, but we still have our main base and we’re still a very small, close-knit songwriting community. I don’t see that changing.”

How do you feel about country’s shift from a radio and records business to streaming?
“It’s killing the songwriters. We’re fighting it, we’re working on it, we’re passing legislation and it’s going to all straighten out. It’s got to. We’ve got a lot of great people fighting for our rights and we’re working really hard at educating the government and trying to make sure songwriters are not extinct, that we can make a living and we’re getting paid fairly for what we are creating. We create something that doesn’t exist on one given day and we deserve to be paid for it. It’s not fair that a company comes in and profits from it and the songwriter can’t pay their electric bill. But we’ll get it straightened out!”

The shift is inevitable though, surely?
“Oh, it’s inevitable. I wish they would buy CDs but here’s the thing, it costs us to make CDs. So if we can figure out how to get paid on streaming, that’s just the way it’s going. You look at a country like Sweden, where streaming started, and they don’t even make physical CDs any more. But it does concern me that the fan doesn’t have anything to look at except a screen, that they don’t have something to hold and read, that just drives me nuts. But it’s the way it goes, like it went from vinyl to cassettes and then CDs, I couldn’t believe it. Now everybody wants to hold that vinyl again!”

Do streaming companies have enough respect for songwriters?
“They don’t understand that they don’t have a business without a song. They think that, even if we can’t make a living at it, we’ll keep writing songs. And it’s just not true. You won’t get the quality of songs. We deserve to be paid fairly. Without us, Spotify would have no business – but they don’t get it. They do little things here and there to pump up the songwriter and give us a face. Apple still has downloads and they pay us! Spotify can pay us, they just don’t want to!”

How did your relationship with Taylor Swift start?
“I played a writers’ room at a record label and she was there. She heard a couple of my songs and liked them and asked if I would write with her. That’s what I’ve learned in this business: you’re never too big to write with a new artist. So I said yes, we had a great time the first time we wrote and we just kept writing and kept writing! It was a lot of fun. There’s nothing like writing with her.”

Did you think she’d become the biggest star on the planet?
“You don’t think that, but I did know that she was going to do something special. With her drive and her talent, I knew that she was going to do something, absolutely. She’s always been a songwriter that wanted to figure out how to get her music out there. And the best way to do that was write the songs and be an artist, then you get your songs out to the fans.”

Will you work with her again one day?
“Who knows? We have tremendous love and respect for each other and you never know. I always say, I’d be shocked if we did write together again, and I’d be shocked if we didn’t! She’s fantastic and I’m always excited to see what she does next, she just continues to grow and that’s hard for an artist that starts that young.”