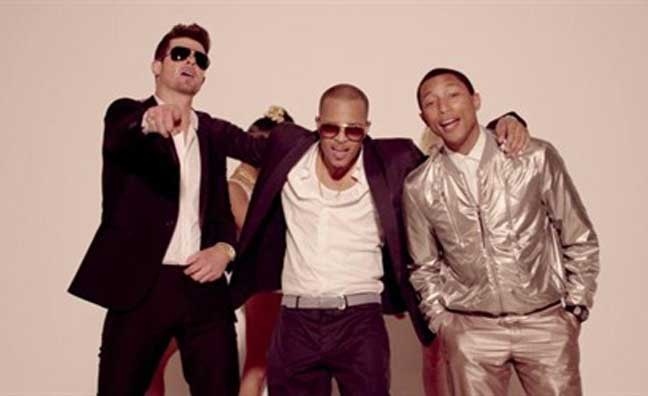 The music business is pondering the implications of the Blurred Lines copyright case, after an appeal court backed the Marvin Gaye Estate’s claim that Robin Thicke’s 2013 hit infringed Gaye’s 1973 song, Got To Give It Up.

In the original 2015 trial, a jury found for Gaye, who was awarded $5.3 million (£3.75m) in damages and 50% of future songwriting and publishing revenues, despite many observers claiming the songs were only similar in feel, rather than composition.

Thicke, alongside Pharrell Williams and TI, who co-wrote and featured on the track, launched an appeal in 2016 and were backed by 212 fellow songwriters – including the likes of John Oates, Jason Mraz and members of Linkin Park – who argued the verdict “threatens to punish songwriters for creating new music that is inspired by prior works”.

Appeal court judge Milan D Smith Jr did clear TI and Interscope Records, which released the song, but was unmoved in the cases of Thicke and Williams, and denied claims that the verdict would hamper creativity.

“Far from heralding the end of musical creativity as we know it,” said Smith, “Our decision, even construed broadly, reads more accurately as a cautionary tale for future trial counsel wishing to maximise their odds of success.”

But in a dissent, Judge Jacqueline H Nguyen nailed the argument that will be worrying everyone in the business this morning, saying the decision “allows the Gayes to accomplish what no one has before: copyright a musical style”. She added that the verdict “establishes a dangerous precedent that strikes a devastating blow to future musicians and composers everywhere”.

Lawyers for Thicke and Williams suggested a further appeal was likely. But the case has already had far-reaching implications for the industry, with many high-profile copyright disputes being settled before they reach court. Thicke’s career has also foundered since the song, despite it being the biggest global hit of 2013.