'One of the top British pop songwriters is joining the family': Roy Stride signs global deal with Warner/Chappell 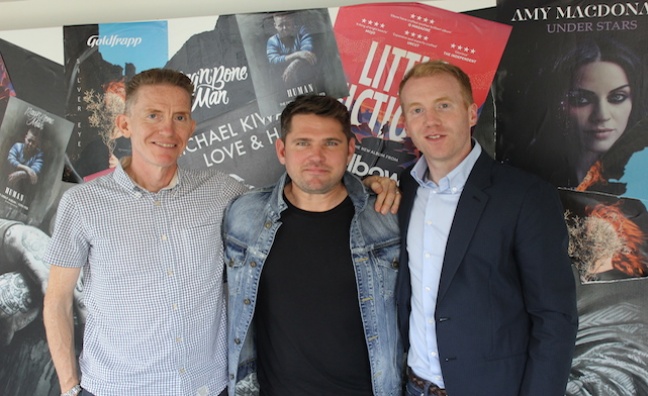 Roy Stride, musician, producer, songwriter and frontman of Scouting For Girls, has today (October 2) revealed he has signed a worldwide publishing deal with Warner/Chappell Music.

In addition to writing songs for Scouting For Girls, Stride has written and produced for artists including Luke Friend, Union J, 5 Seconds Of Summer, The Vamps, McBusted and One Direction. His combined worldwide single and album sales are in excess of 15 million and he has been credited on three US No.1 albums and three UK No.1 albums, as well as over 400 million streams.

Speaking about the signing, Mike Smith, managing director, Warner/Chappell Music UK, said: “Transitioning from a popstar into a first class songwriter is a skill very few artists achieve, but Roy has made it seem effortless. As a champion of great pop music, I’m delighted that one of the very top British pop songwriters is joining the Chappell family.”

Stride added: “I’ve only ever heard wonderful things about Warner/Chappell when speaking to other writers – and that’s not something you always hear artists say about their publisher! It feels like the perfect time to join Chappell and the prospect of getting to work with some of their incredible writers is really exciting.”