Overnight news from around the world: Wednesday, August 24 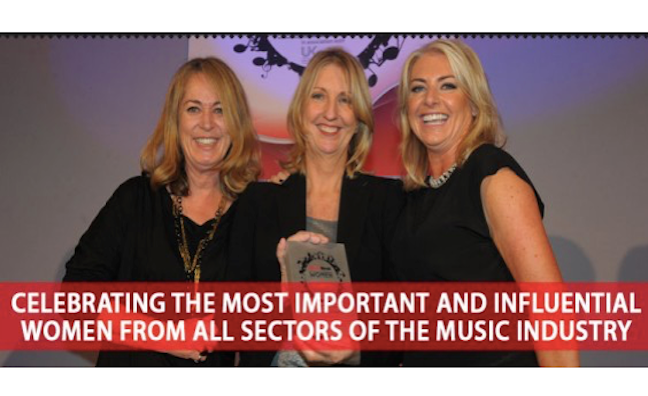 The PRS for Music Foundation has partnered with Music Week to create a new award for the year’s Women In Music 2016 event – the PRS Foundation New Artist Award. The PRS Foundation New Artist Award will recognise the talents and achievements of a new artist who is making waves in the industry and is looking to to take their career to the next level. It aims to encourage more women to embrace a career in music, whilst celebrating the achievements of the current generation who will become the role models of the future. Hosted by BBC Radio 1’s Alice Levine, the third annual Women In Music ceremony will take place on Friday, November 11 at the Royal Garden Hotel, Kensington. (Music Week)

Comedian Jo Caulfield has been unveiled as the host for this year’s Music Week Sync Awards. Returning for its third outing, the event will take place on October 20 at the Bloomsbury Ballroom, London. (Music Week)

Apple has revealed initial details of Apple Music Festival 10 – the rebranded version of its iTunes Festival. The series of concerts runs over 10 non-consecutive nights from September 18-30 at London’s Roundhouse. It is also the 10th year that Apple has run a version of the festival. So far, no acts have been announced, although line-up details are expected to emerge imminently. (Music Week)

BBC Radio 2’s Dermot O’Leary will join the line-up at this year’s Radio Festival taking place at the British Library on September 26. O’Leary will lead a special tribute session to Sir Terry Wogan, celebrating the life of the broadcasting legend. The Radio Festival has also added Phil Critchlow, founder and CEO of TBI Media and chairman of RIG (Radio Independents Group), to its line-up for a session on the current creative economy in radio.

Live Nation is being sued for negligence and wrongful death by the mother of a 19-year-old woman who died after attending the Hard Summer rave in Los Angeles. Emily Michelle Tran died of acute intoxication from Ecstasy following the rave in August 2014. The lawsuit alleges that the promoter knew, or should have known, that such events encourage the possession, distribution and consumption of illegal drugs. By failing to staff the event with enough security to discourage use of drugs, Live Nation breached its duty to keep its attendees safe, the lawsuit claims. (LA Times)

Oz promoter admits attempting to pervert the course of justice

Australian promoter Andrew McManus has admitted attempting to pervert the course of justice in regards to a suitcase containing over A$700,000 in cash found in a Sydney hotel in 2011. The 55-year-old was one of five people arrested last September following the discovery of the mysterious suitcase. He is next scheduled to appear in court on Friday, when a sentencing date will be set. (Sydney Morning Herald)

Music Venue Trust has announced that national event listing website Ents24 will be returning as a partner for Venues Day 2016. The event, which helps bring the UK's grassroots network together, will be held at London’s Roundhouse on Tuesday, October 18.