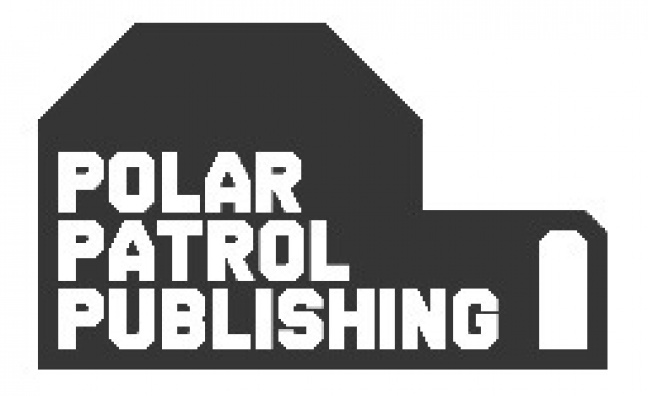 Music + Sport, the London based company behind the successful Jockey Club Live venture, which promotes music events at racecourses around the UK in association with The Jockey Club, has announced a move into presenting music at rugby venues, with a major show this summer at Gloucester Kingsholm Stadium – home of Aviva Premiership side Gloucester Rugby. This is the first time Music + Sport has expanded its portfolio into rugby and the first time they have worked with a rugby-specific venue such. The ongoing objective is to promote large-scale music shows at rugby events, with Jess Glynne confirmed to headline the first of these on Saturday, June 18. Jockey Club Live was established to increase the popularity and commercial success of live music events at the 15 Jockey Club owned racecourses around the UK. Under the banner of An Evening At The Races, over 300,000 people attended the company’s horseracing plus music events in 2014. As previously announced, The Jockey Club Live is presenting a full programme of music shows at racecourses throughout summer 2016, including appearances from Jess Glynne, Little Mix, Bryan Adams, The Kaiser Chiefs, Will Young and Busted. Jess Glynne’s scheduled racecourse appearances at Haydock Park, Sandown, Market Rasen and Newmarket this summer has so far seen over 65,000 tickets snapped up, with two of the four shows now completely sold out and just a few tickets left for the others.

US Department of Justice settles with ASCAP

ASCAP and the US Department of Justice have announced a Settlement Agreement relating to specific concerns raised by the DoJ in its review of the Consent Decree governing the US performance rights organisation. In addition, ASCAP has agreed to pay $1.75 million to settle the matter. According to the DoJ, ASCAP has agreed "to reform certain practices to settle allegations that ASCAP violated a court-ordered consent decree, designed to prevent anticompetitive effects arising from its collective licensing of music performance rights”. The DoJ contends that "despite provisions in that court order prohibiting ASCAP from interfering with its members’ ability to directly license their songs, ASCAP entered into approximately 150 contracts with songwriter and publisher members that made ASCAP the exclusive licensor of their performance rights”. In a statement, ASCAP said that the agreement "addresses two specific concerns raised during the Department’s ongoing review of the Consent Decree," particularly concerns linked to "exclusivity provisions that were included in some historical agreements with ASCAP members". ASCAP contends that these exclusivity provisions "were never enforced and have been removed from all agreements”. The DoJ's investigation into ASCAP’s decree violation also revealed "the existence of a conflict in the interests of the music publishers that serve on ASCAP’s board of directors". For the DoJ, those publisher board members "are customers of ASCAP when ASCAP licenses their performance rights and competitors of ASCAP when they seek to license their rights directly.” Therefore, as part of the settlement, ASCAP has pledged "not to enter into further exclusive contracts and agreed to reform its licensing practices to remove music publishers from overseeing ASCAP’s licensing". This undertaking means that ASCAP board members from publishing companies will not participate in the approval of new licensing agreements that ASCAP will negotiate with digital services. (ASCAP Board of Directors comprises 12 songwriter/composer members and 12 music publisher members, elected by the membership.) Following the announcement of the settlement, the Department of Justice’s Antitrust Division filed a petition in the US District Court, for the Southern District of New York to have ASCAP held in civil contempt for violating the consent decree; in parallel, the DoJ filed a proposed settlement agreement and ordered that, if approved by the court, "would resolve the department’s concerns.” The Settlement Agreement was approved by the ASCAP Board of Directors and is now subject to the approval of the ASCAP Federal Rate Court Judge.

Sound City partners with UKTI for International Festival For Business

As part of the International Festival for Business (IFB2016), Sound City is partnering with UK Trade & Investment, the government department that helps UK-based companies in the global economy, to deliver a comprehensive insight into the opportunities that exist for UK music companies in Japan, China, Korea, Taiwan and India. Taking place at the Exhibition Centre in Liverpool on Tuesday, June 28 on the waterfront of the iconic city, the inaugural IFB Music Day will feature high profile companies from each territory and UK companies who have done business in the vibrant and ever-expanding region. The event is primarily aimed at music managers, publishers, labels, tech companies, festivals, promoters and agents. It will highlight the opportunities that exist for business and collaboration between UK and Asia via a series of workshops and round table networking sessions, offering insight and discussion. The aim will be to nurture existing relationships and stimulate new partnerships and international trade. Sound City will host Lihui Shen of China’s largest music entertainment group, Modern Sky, which annually hosts 500 shows and entertains three million people per year; Stan Yu, director of TMT Entertainment at China’s largest investment company, Fosun Group, which last year closed deals with Modern Sky Entertainment; and Gestifue, the sports agency that looks after Jose Mourinho and Cristiano Ronaldo.  In addition, Kong Yoon Young, director of Korea’s biggest emerging talent festival, Zandari, and Kyu Young Lee, head promoter of Pentaport Festival, the largest open air festival in Korea, will attend along with Mumbai and NYC based entertainment lawyer, Ali Sachedina who is expert in advising clients on all aspects of entering the Indian marketplace and has been responsible for Skrillex and Major Lazer doing their first performances in the India, along with Geddy Lin, head of Riverside Livehouse, the largest venue in Taipei. They will be accompanied by UK-based experts in exporting to Asia, including John Saunderson (Notting Hill Music), Greig Watts (DWB Publishing) and Ivor Novello-nominated songwriter and producer Diamond Duggal. Sound City recently announced a long-term strategic equity partner deal with Modern Sky Entertainment that involves expanding Sound City in global markets as well as increasing the size and scope of their UK event. In 2015 it also launched its first full-scale event in South Korea. Sound City Korea is a three-year initiative, taking market-ready UK artists and industry to Seoul for Zandari Festa and MU:CON.  Since 2008, Sound has delivered business initiatives and opportunities to over 12,500 delegates, from 29 different countries, generating a growth in turnover that exceeds $20 million for the businesses that have taken part.

The longlist for the most coveted music prize in Scotland has been unveiled, kicking off a process that will culminate in a winning album picking up a £20,000 first prize, while nine shortlisted titles receive £1,000 each. The 20-strong longlist features a wealth of talent, including a host of internationally-renowned Scottish bands and newer acts across all genres, including hip-hop, classical, rock, electronic, indie, electro-pop and trad/folk. Django Django, Hudson Mohawke, Primal Scream, FFS, Chvrches, Emma Pollock and Steve Mason feature alongside Isle Of Lewis-born trad musician Iain Morrison, Edinburgh-raised composer Anna Meredith, Celtic piper Jarlath Henderson and award-winning baroque ensemble Dunedin Consort. Previous winners Young Fathers are nominated, and there’s a first time nod to Mercury Music Prize 2015 nominee C Duncan. Run by the Scottish Music Industry Association (SMIA), previous SAY winners are Kathryn Joseph (2015), Young Fathers (2014), RM Hubbert (2013) and Bill Wells & Aidan Moffat (2012). From Monday (May 16) for four weeks, fans will be able to stream one of the 20 nominated albums each day at www.sayaward.com, catching up on that week’s five albums over the weekend. Monday’s featured album will be C Duncan’s Architect. Music fans will also get their say with a 72-hour public vote from June 13-15.  The album with the most public votes will secure an automatic place on the SAY Award shortlist of 10, with the other nine titles chosen by an independent panel of judges. The SAY Award winner will be unveiled on Wednesday, June 29 at a ceremony in Paisley Town Hall hosted by Vic Galloway and Janice Forsyth.

Canada’s rights society SOCAN has made a major technology investment with the purchase of Seattle-based B2B digital platform and data management company MediaNet. Terms of the acquisition were not disclosed. MediaNet will continue to operate under its current name, and its 34 employees will remain based at the company's Seattle offices. MediaNet CEO Frank Johnson and the company’s leadership team "will remain in place”. Privately-held MediaNet – originally founded as MusicNet in 1999 by EMI, AOL, BMG and RealNetworks – operates a database of over 4.1 million rights holders and their respective works and has developed music and metadata delivery technologies that work with streaming services, download providers, media search, and other media discovery tools. With a catalogue of 51 million sound recordings, MediaNet has powered digital music services worldwide such as Beats Music, Pulselocker, CÜR Music, Songza, Target, and Univision. The arrival of such a technology-driven company into the fold of one of the world’s leading PRO is likely to give SOCAN a competitive edge in the tracking and the identification of works in order to better compensate songwriters and music publishers. Another perk from the deal is that SOCAN will have access to one of the biggest databases of sound recordings, which will help match composition data to sound recording data. In a statement, SOCAN said that the "addition of this pioneer business-to-business music technology provider offers 360-degree music rights administration to SOCAN members”.