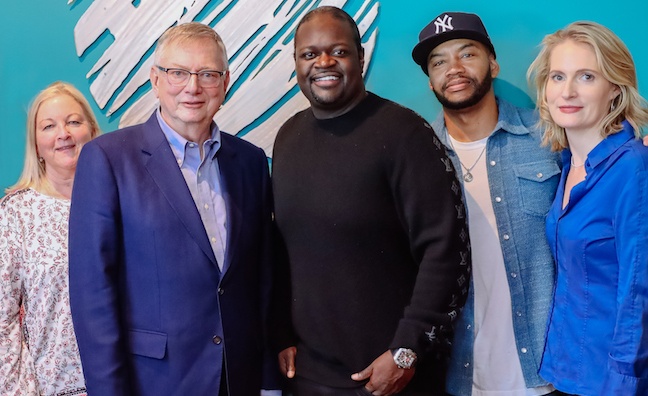 Peermusic has signed Jason Boyd, aka Poo Bear, to a worldwide publishing deal.

The songwriter and producer has worked on hits including Usher’s Caught Up, Billie Eilish’s Bad Guy (Remix), Chris Brown’s I Can Transform Ya and Justin Bieber’s Despacito (Remix).

Poo Bear’s latest credits include executive producing Justin Bieber’s forthcoming album Changes, as well as co-writing on every song, including lead singles Yummy and Get Me. A multi-platinum songwriter/producer with over 500 million records sold worldwide, Poo Bear’s deal with Peermusic will begin at the point of conclusion of his deal with BMG.

“I first heard of Poo Bear back when he was 16 years old and had his first No.1 single with 112. We’ve been working together unofficially for over 10 years and it’s a full circle moment to now officially be his publishing partner,” said Tuff Morgan, VP, A&R. “Anyone who listens to pop music has been touched or influenced by his music in some way whether they know it or not. He’s a one-of-a-kind talent and an awesome human being with an ‘out-work everyone’ attitude. Happy Bearthday!”

“It is a dream come true to have a man of such talent and character join our roster. It’s thanks to his trusting and creative relationship with Tuff Morgan and support of the Peer family that made this happen. To be involved in this signing is truly one of the great high points of my career,” said Kathy Spanberger, president and COO.

“I’m happy I have the opportunity to work with people like Ralph, Mary Megan, Kathy, Tuff and the peermusic team because they share my commitment to making great music. Partnering with them puts me in a position to continue to do what I love at a high level and I look forward to what we can accomplish together,” said Poo Bear.