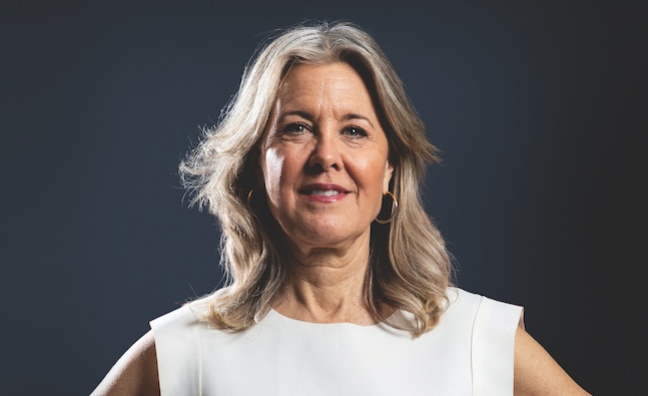 In recent years, the UK collection society – which represents 155,000 songwriters, composers and music publishers – has bolstered its data processing to pay out royalties as quickly as possible. Last year it also reduced net costs by £12.1m (13.8%).

While that all helps PRS For Music to deal with the impact of the pandemic, there’s no getting away from the slump in revenues. Although distributions in 2020 were positive overall, many of the royalties paid out last year were collected before the first lockdown. So the decline in income will be felt by music creators through 2021 and beyond, with distributions expected to fall by at least 10% this year.

“It was a hard year, a hard year for all of us,” PRS CEO Andrea C Martin told Music Week. “We had a record distribution, despite having public performance [income] being down 61% and live being down almost 80%. As a company, we focus on the livelihood of our members.”

Overall, revenues collected from music being played in the UK and worldwide in 2020 fell by 19.7% year-on-year to £650.5m, eradicating years of record growth.

The majority of live music events were either cancelled or postponed due to Covid-19 restrictions. Of the £11.3m collected, most related to live music events staged towards the end of 2019 and in the first quarter of 2020, including concerts from The 1975, Stereophonics, Mabel and Madonna’s UK tour, where PRS members’ repertoire featured prominently.

While the loss of live has a huge impact on touring artists and musicians, it also means a loss of income for the writers of repertoire performed at concerts and festivals.

“Writers are being affected,” Martin told Music Week. “And let’s be frank and transparent, there are going to be tough times ahead – 2021 will be a tough year. But I believe that the power of music will prevail. I look back at 2020, and even this year, and think, ‘What are the songs that helped me get through all this?’”

“And it will rebound, we saw a 30% increase in 2020 of works that have been registered. We got 8,000 new members; we have 155,000 members of PRS. So we look forward, we're working with UK music to work with the government to get a roadmap for live venues being open, and also the touring post-Brexit. But we will feel the decline, it will impact our distributions in 2021.”

Public performance revenue overall – along with live concerts (see above), it includes music used in business premises, shops, cinemas, pubs, clubs, hotels and restaurants – saw a 61.2% downturn in revenue collected year-on-year, to £86.2m in 2020, due to business closures. Through their joint venture, PPL and PRS paused payments for businesses licensed to play music during the pandemic when they were unable to operate as normal.

But Andrea Martin expects income from licensed businesses to bounce back in the second half.

“Revenues will come back, because pubs and restaurants are now opening up and hopefully, with the fantastic work the government's doing with vaccines, that will get going and venues can get back on track too,” she said. “So our joint venture, PPL PRS, is working really hard, even though we were quite generous – we gave payment holidays and also delayed invoicing. Now we're catching up on that.”

Revenues from hospitality and nightlife industries were amongst the worst affected. Negative impact on revenue collected from retail was slightly eased by essential elements of the sector permitted to remain open by the government, such as supermarkets. And a rise in demand for online shopping and click-and-collect services led to increased demand for warehouse and storage facilities, many of which are licensed to play music for employees.

International royalty income continues to be the largest revenue stream for PRS for Music members, but still saw a 10.7% (£29.7m) decline compared to 2019 on a constant currency basis. A total of £248.6m was collected through reciprocal agreements with societies around the world.

However, Martin said the full impact of Covid on international collections will emerge later than other revenue sources.

“For a lot of societies, the time lag [for payments] is more than six months,” she explained.

One factor in this decline in international revenue, was the closure of the tourism industry. With cruise ships not operating last year, royalty collections in this market reduced by 75%, from £7.2m to £1.8m in 2020.

The team is super-motivated to make sure that we protect the livelihood of our members, that is our number one focus

With the exception of commercial radio, overall revenue from UK broadcasters remained stable over the 12-month period, seeing a 2.6% decline to £127.4m in 2020. A reduction in commercial radio advertising meant radio royalties fell by 9.2% year-on-year to £45.2m, only partially offset by a small increase (1.5%) in income from TV, which totalled £82.2m.

Revenue generated from music played online was the only area to see growth in 2020, rising to £188.3m, a 5.1% increase compared to 2019. As well as increased revenues collected, distributions from online also saw the biggest uplift at 63.2% versus 2019.

“We're already sitting on a big base,” she said. “I think we have to look at the growth in the last five years, the UK has always – not just in music – been quite the pioneer in online. So when you bring in £188m, that's a high base. Plus we were one of the first; we were very quick in licensing streaming. When you’re a mature market, it doesn’t increase so much.”

Revenue from music used across TV and film on-demand platforms, such as Netflix and Amazon Prime, saw the most notable uplift at 29.4% year-on-year. This was primarily due to a rise in subscriptions and film rentals taking place during national lockdowns.

“We brought in a new chief commercial officer, Dan Gopal, who has a lot of experience in video games and in broadcast,” she said. “He started in March, and we're focusing on what we can do on video games.”

Last year, PRS for Music licensed over 30 new online platforms including TikTok and Triller, with royalties expected to start flowing through to music creators for the first time next year.

Martin said the recent TikTok deal “helped last year’s income and will help this year’s distribution – there are a lot of things happening that will help compensate for the downfall”.

While the level of TikTok income is commercially sensitive, Martin commented: “I think it’s pretty good and moving forward it’s a platform that will grow.”

A sharp rise in livestreamed concerts and growth in online gaming platforms will also create new revenue streams in 2021. For now, livestreams have yet to show up on collections.

PRS For Music had to revise plans for its livestream tariff for small-scale events and is currently drawing up its proposed licensing system for bigger livestream events.

“We'll be announcing quite shortly our proposal for the online live concert [tariff],” said Martin. “As you know, we announced the very low cost licence. Before that we've had many dialogues and many healthy debates! We’ve had three roundtables for the bigger licence of online live concerts, and we did also a call on views – we got almost 2,000 people giving us feedback on that licence. And, shortly, we'll be publishing what we're going to be charging on that.”

However, the increase in online royalties’ income and distributions will not offset the loss of income for many music creators. Distributions to members from public performance already fell by 35.1% (£50.4m) in 2020.

To support members, PRS for Music, in collaboration with its charity partners PRS Members’ Fund and PRS Foundation, launched the PRS Emergency Relief Fund, and has since paid out over £2.2m across 5,500 grants to songwriters and composers facing severe financial hardship because of the coronavirus pandemic.

In her Music Week interview, Martin reassured members about PRS’ robust approach to collections and costs, including a plan to move out of its King’s Cross offices to smaller premises.

“You can see that in the 2020 results, we did everything we could to still have a record year,” she told Music Week. “We're doing everything we can to minimise the impact. We're innovating, we challenge on things. Last year, the international team did audits to make sure there's [more] money we can pick up. The team is super-motivated to make sure that we protect the livelihood of our members, that is our number one focus.”

Once the worst is over, Martin is confident of further record results and, ultimately, a 10-figure annual distribution.

“We have set a very rapid growth [target] for PRS,” she said. “We are targeting a payout of £1 billion in the next five to seven years. We will be leveraging our joint ventures and being more innovative to get there.”