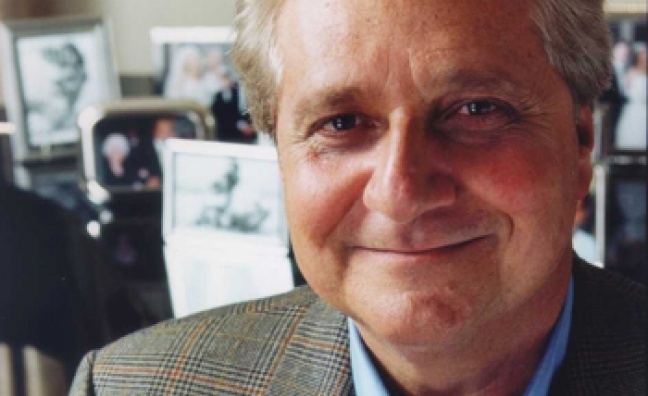 Sony/ATV chairman/CEO Martin Bandier has led the protests from publishers and performance rights organisations over the US Department Of Justice’s decision to not amend the consent decrees affecting PROs, while introducing a controversial new “100% licensing” scheme.

“We are incredibly disappointed by the unjust way the Department has decided to interpret the consent decrees," said Bandier, head of the world's largest music publisher. "Its decision is going to cause a tremendous amount of uncertainty and chaos in a market place that has worked well for years and will adversely impact everyone in the licensing process, including PROs, licensees, music publishers and, most of all, songwriters who can ill afford to hire lawyers to figure out their rights under this inexplicable ruling. The decision raises more questions than answers.”

The consent decrees – effectively a blanket licence – have governed ASCAP and BMI since 1941 and leaving them intact will mean publishers remain unable to partially withdraw their repertoire from the PROs in order to negotiate more lucrative direct deals with digital platforms.

But “100% licensing” will fundamentally change the way songs are licensed. Until now, if a digital platform wanted to license a song written by multiple authors and with several publishers, it needed licences from all the rights holders, including the PROs. With the new rule, a rights-holder (or its representative) with just a share in a song could license 100% of the song, even if the other writers are from different PROs.

Several key issues could arise from this new rule. A licensee could cherry-pick the licensor with the lowest rates; If one of the main PROs is positioned as the key licensor, then it raises uncertainty as to how the money would flow back to the other rights holders represented by other PROs; and rights-holders could be charged by each PRO for processing the transactions.

One Washington, DC-based lawyer says the scenario as outlined by the DoJ after a two-year review of the consent decrees "is not plausible but they will do it anyway." The lawyer forecasts that the situation of authors and publishers "will get much worse" with 100% licensing.

After the decision, ASCAP and BMI issued a joint statement saying: "ASCAP and BMI met yesterday with the Antitrust Division of the Department of Justice and heard its proposal regarding our respective consent decrees. We are both evaluating the information presented and informed the DoJ we will respond to its proposal in the near term."

In a memo to employees, BMI's CEO Michael O’Neill said he was "disappointed" with the DoJ's recommendation. He wrote: “We are surprised that the DoJ feels it needs to restructure a world that is efficient into one that we believe won’t be.” He added, "While we had hoped for a different outcome, we will continue to make every effort to reach a mutually agreeable solution with the DOJ."

In a statement, ASCAP CEO Beth Matthews, said that the 100% licensing rule would end "the long-standing industry practice of fractional share licensing." She added, "Unfortunately, the DoJ indicated that because of the complexities of the transition to this 100% licensing requirement, it will not consider the updates we requested to our consent decrees at this time but, instead, may revisit those issues after a transition period."

Matthews continued, "We strongly disagree with this view and we are disappointed that the DoJ has chosen to focus on this issue, which was not raised by any of the parties to the decrees. Rather than fostering more competition and innovation in the modern music marketplace, we believe that this approach will only create confusion, chaos and instability, harming both music creators and users."

For Matthews, the choice of 100% licensing is "even more troubling" since it was met with opposition from songwriters and composers, publishers, the US Copyright Office, several members of Congress and others in the industry. Going forward, Matthews said that ASCAP, BMI and “key industry stakeholders" would gather their team of legal experts to evaluate the DoJ proposal. "We are considering all options, including legislative and legal remedies," said Matthews.

Jay Rosenthal, the former general counsel for the National Music Publishers Association and now a partner at law firm Mitchell Silberberg & Knupp, told Music Week that the main music publishers "will most likely withdraw [their repertoire] and they have been considering and planning for this for quite some time."

If they do so, Universal Music Publishing Group, Sony/ATV, Warner/Chappell and BMG could transform themselves overnight into PROs in their own right, adding more complexity and fragmentation in the market. Such a move could even put the existence of ASCAP and BMI in question and seriously redraw the music licensing market in the US.

For Jeff Liebenson, a principal at Liebenson Law, and President of the International Association of Entertainment Lawyers (IAEL), major publishers have the belief that music is not compensated fairly through the consent decree system as they think that they can extract better terms if they acted outside of the realm of the PROs.

"Publishers saw their rates for the performances of their works to be too low and they sought relief from government regulation so they could pursue higher rates in the marketplace for themselves and songwriters," explains Liebenson. "Instead they got a double whammy of the government imposing more reporting requirements and costs on them, as well as a new system that can depress their rates even further."