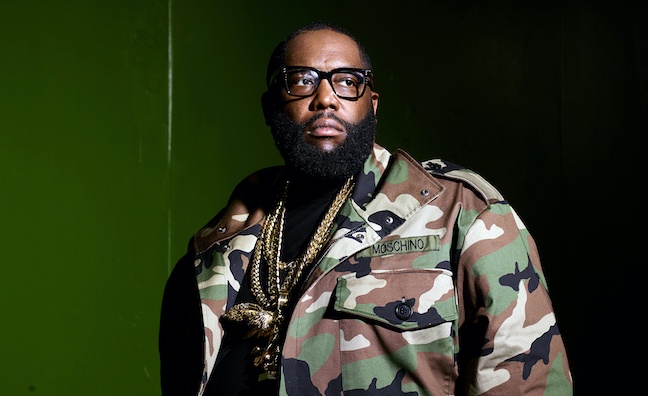 Reservoir Media has signed Grammy-winning artist and songwriter Michael Render, aka Killer Mike of Run The Jewels, to a global publishing deal.

The deal includes his entire catalogue and future works.

Beyond his work with Run The Jewels, he has been an active solo artist for over 20 years, releasing studio albums and mixtapes, while also collaborating on projects with artists including Outkast, Jay-Z, Big Boi, TI, Black Thought, and more.

Killer Mike said: “A great publisher is a major key to success, and I’m excited to embark on this phase of my career with the dynamic team at Reservoir.”

Faith Newman, Reservoir executive vice president of A&R and catalogue development, added: “Killer Mike has been a fixture of hip-hop for decades now, and both his past successes and upcoming music continue to push boundaries and address deeply meaningful topics. Artists and visionaries of his calibre do not come around often, and we are grateful to be the publishing home for such a trailblazing creator.”

Killer Mike secured a Grammy Award for Best Rap Performance Duo or Group for his collaboration with Outkast, The Whole World. He also featured on Poppin’ Tags from Jay-Z’s The Blueprint 2: The Gift And The Curse.

The Run The Jewels star has acted in several films, including Baby Driver, Idlewild and ATL. He also provided voiceover for the 2021 Netflix film America: The Motion Picture and is the host of multiple series including PBS’ Love & Respect with Killer Mike, Facebook’s Roll’N with Killer Mike, and Netflix’s Trigger Warning with Killer Mike.