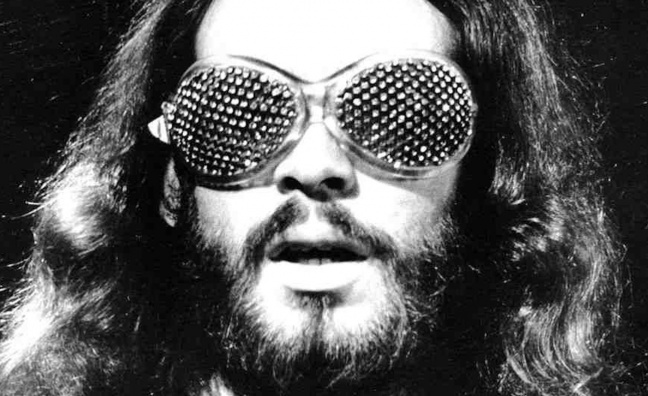 Reservoir has announced details of a new worldwide publishing deal with Phil Manzanera.

The musician, songwriter and producer is primarily known for his work as Roxy Music’s lead guitarist and the deal includes future works as well as his catalogue, which features songs by Roxy Music, Pink Floyd, Tim Finn, Brian Eno and others.

Roxy Music celebrate their 50th anniversary this year and will embark on a reunion tour across North America and the UK starting in September. The group have also announced a vinyl reissue campaign for their eight albums. Their self-titled debut (101,518 sales post-1994, according to the Official Charts Company) and second full-length For Your Pleasure kicked off the reissue series last month.

Manzanera is a part of two further releases due in 2022, a 10 disc box set of solo albums and a 20 disc set of collaborative projects, including the 801 Live Band with Brian Eno.

Phil's catalogue is a piece of rock and roll history

Manzanera has released 10 studio albums under his own name, while the riff from the title-track of his 1978 record K-Scope was sampled by Jay-Z and Kanye West on No Church in the Wild from their Watch the Throne album.

Manzanera said: “I’m very happy to embark on this new relationship with Reservoir and look forward to many fruitful collaborations.”

Reservoir managing director and global strategic liaison Annette Barrett added: “We are so pleased to be working with Phil. He has collaborated with so many artists over his career, all while being prolific in creating his own music. His catalogue is a piece of rock and roll history, and we’re excited to be supporting him.”