'Rich is the perfect choice to lead our sync efforts': Rich Robinson moves over to Warner/Chappell 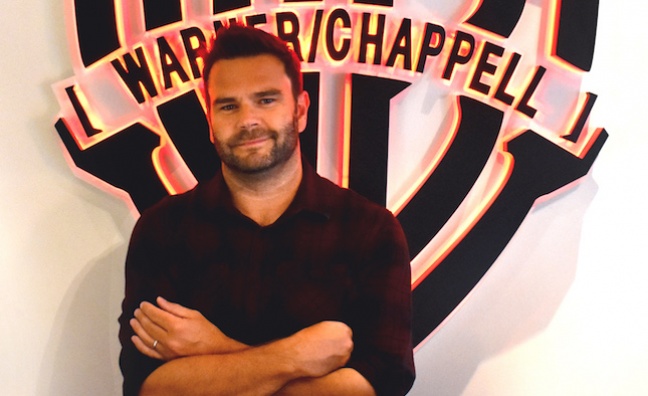 Warner Music’s Rich Robinson has moved over to the company’s publishing operation. He has been appointed EVP, sync and creative services at Warner/Chappell. Based in London, Robinson will report to Carianne Marshall, Warner/Chappell’s recently named COO.

Robinson moves from Warner Music, where he served as SVP, sync for the UK and Europe. As a result, Tim Miles has been promoted from director to VP, synchronisation, UK at Warner Music Group to lead the sync team after five years at the major.

Marshall said: “As the dynamics of music publishing continue to evolve, there’s more opportunity than ever for us to add value to songwriters’ careers. This appointment marks a commitment from Warner/Chappell to invest in songwriters at all stages of their development. Talented and well-connected, Rich is the perfect choice to lead our sync efforts outside of North America and help us strengthen our reach in a media world that’s more globalised than ever.”

Robinson added: “Warner/Chappell is home to some of the most incredible songwriters in the world. We want to be as creative and innovative about amplifying their music as they are about writing it. The creative services team will be working hard to support our full range of songwriters and catalogue from around the world.”

At Warner Music, Robinson worked closely with repertoire owners to secure the commercial use of recorded music for major advertising campaigns, film trailers, TV programmes and video games, across multiple platforms. He also established and oversaw music supervision for films and TV, including Netflix’s Residue, and films including Kill Your Friends and I, Tonya.

Robinson began his career in the recorded music industry in 2006, joining EMI as a business development manager. He went on to become VP of sync for Europe and the Rest of the World in 2012. The following year he joined Warner Music Group as VP of synchronisation for the UK and Europe, and he was promoted to SVP in 2015.

Prior to joining EMI, Robinson worked as a music consultant for Saatchi & Saatchi.