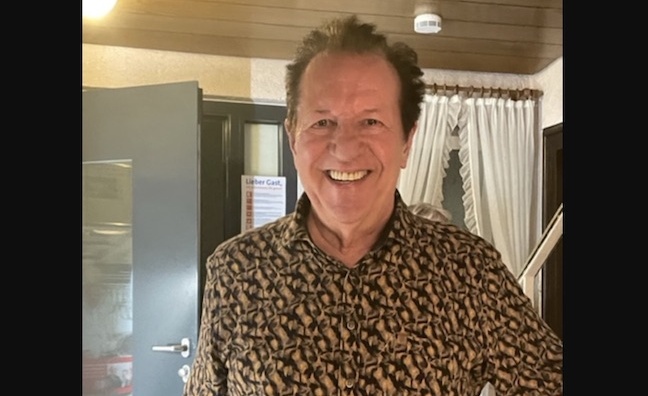 Round Hill Music has announced a worldwide acquisition agreement with Herman Rarebell, which includes his writer's share of publishing, neighbouring rights, and master royalty income.

Rarebell is best known for being the drummer in German rock band The Scorpions, and penned the lyrics for songs including Rock You Like a Hurricane, Make It Real, Dynamite, Blackout, Arizona, Bad Boys Running Wild, and Don't Stop At The Top.

Formed in 1965 in Hanover by Rudolf Schenker, The Scorpions are estimated to have sold over 100 million records around the world.

Josh Gruss, founder and CEO of Round Hill Music, said: "The Scorpions are a truly legendary band with a catalogue of truly iconic music that helped define the heavy metal genre. Herman played a pivotal role in their success with writing credits on some of their most enduring songs and is a welcome addition to our roster of world class writers and performers.”

Robin Godfrey-Cass, managing director of Round Hill’s London office, said: “The Scorpions are one of my favourite rock bands. To represent Herman's great body of work as a songwriter and performer from the band’s first 11 albums is an incredible honour.”

Herman Rarebell, who was in The Scorpions from 1977 to 1995, added: “It’s my pleasure to sign up with Round Hill Music. I feel I’m with the right company. I am grateful to Josh Gruss, Robin Godfrey-Cass and his team, and Marvin Katz, my attorney for making this happen."

The Scorpions made No.18 in the UK this month with Rock Believer, their 19th studio album in a 50-year recording career. Their 10th UK chart album, it was their highest charting set for 34 years.