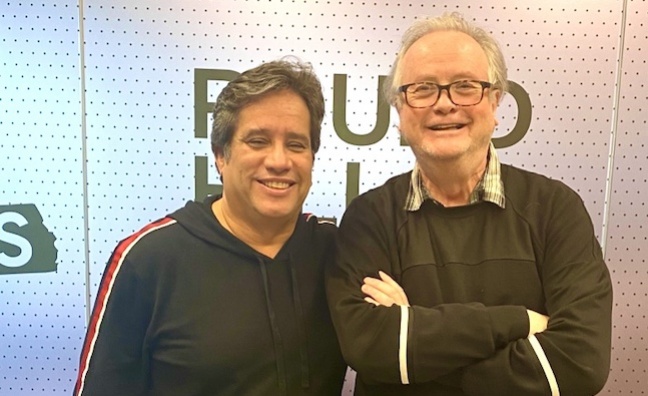 Round Hill Music has confirmed that its Music Royalty Fund Two vehicle has acquired the music publishing catalogue of producer and songwriter John “Jellybean” Benitez. It includes worldwide hits by Madonna, Whitney Houston, Snap, Will Smith and Nas, among others .

The company, which has been working with Benitez since 2020, has also agreed plans for a wide-ranging joint venture agreement.

Benitez became immersed in the growing disco scene of the 1970s and soon became one its best-known DJs, as well as a sought-after producer and remixer. He worked with a wide range of artists including Olivia Newton-John,Sting, Hall & Oates,George Benson, Talking Heads, Billy Joel, Fleetwood Mac, Debbie Harry, A-ha, Michael Jackson and Paul McCartney.

In 2005, Benitez was inducted into the Dance Music Hall of Fame.

Benitez’s publishing catalogue includes hits such as Snap’s The Power, Madonna’s Holiday, Nas’ Hate Me Now, Will Smith’s Getting Jiggy With It, Baby Bash’s Suga Suga, Bizarre Inc’s I'm Gonna Get You, Madonna’s Dress You Up and Whitney Houston’s Love Will Save the Day, among many others.

As part of this agreement, Round Hill Music will assume full responsibility for global administration of the copyrights acquired.

In addition, Round Hill and Benitez have agreed a new joint venture deal, which will allow him to sign new talent and acquire further rights with a particular focus on the fast-expanding Latin market.

Josh Gruss, founder and CEO of Round Hill Music, said: “Jellybean Benitez is a music industry legend, there’s no better way to describe him. As an artist, producer, writer, and remixer he is universally revered, and his track record of hits is astonishing. He is also a respected entrepreneur and executive who has launched and developed several hugely successful companies. This ongoing agreement, which saw us acquire his catalogue in 2020 and partner with him going forward on a number of exciting and innovative new projects brings even more creative firepower to our team.”

Robin Godfrey-Cass, MD of Round Hill’s London office, said: “I have long been an admirer of Jellybean, whose work has soundtracked so many of our lives over so many years. When the opportunity arose to work with him in 2020, it was an absolute no-brainer and our relationship has gone from strength to strength since then.”

Jellybean Benitez said: “I like the way Round Hill does business. They are a smart commercial operation but they also understand and appreciate music and have a natural empathy with creators. It’s always more rewarding if you can work with people with whom you have some common ground and that’s certainly the case in this situation. I would also like to thank my lawyer Paul Schindler for representing me with Round Hill Music “