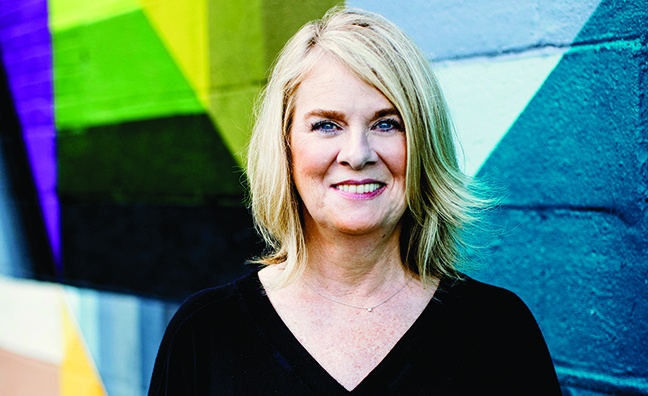 A week on from the Music Week Women In Music Awards, we’re still celebrating the inspirational occasion with the winners’ speeches in full. The latest in the series is the International Woman Of The Year, Sas Metcalfe, who's also interviewed in the latest issue of Music Week.

The president, global creative at Kobalt, flew in specially from LA for the awards, along with her husband and also Kobalt’s founder and CEO Willard Ahdritz. Presenting the award, First Access Entertainment CEO Sarah Stennett reflected on a 20-year friendship with Metcalfe.

“The ability of Sas Metcalfe to run a successful company, to play a significant role in building a cutting-edge business from a standing start, and to always remain calm and give help and support is known to many in the room,” said Stennett. “She continues to make a huge difference in the careers of artists. She’s a leader, she’s brave, she’s strong and she’s supportive.

“But what still differentiates her, and her success, is her innate ability to identify a hit – a unique record that will change an artist’s career – and her ability to spot a new writer early on who will go on to develop as a writer with a string of hits. She is passionate, she’s committed, and she’s still as passionate and committed as the first day I met her.”

Metcalfe has made her mark at Kobalt, where she was the first employee in 2001 and has gone on to help transform the publishing business.

“It’s so amazing that Music Week are recognising people that are Brits but maybe don’t live here any more because we’re doing bigger things, trying to take Britain to America and America to Britain, and make the world a better place. So I’m very proud of that and thank you very much Music Week and all the people that have voted for me.

“I’ve been in the music business since 1982, so I’m an old bird. But I have to say that it’s been an amazing career. I have had no women mentors in the business, but I do intend to be there for all the people that are coming up through the ranks, all the women that are so great and doing such a fantastic job, I see them everywhere. I’m very proud to say that on my global team, the majority of them are women. They do a fantastic job.

I’m very proud to say that on my global team, the majority of them are women

“I started at Kobalt in 2001 working with Willard. I was very inspired by the idea of building a new company with a new transparent approach for songwriters and artists, so that they were able to actually know what was going on with their careers, that they weren’t in the dark, that they felt really empowered to build their careers with knowledge, which I don’t believe they’d had in the past. So to me that was a very attractive proposition, and to work for an entrepreneur with a vision was something new that I was very enamoured with and I was prepared to take a risk to go with it. I’m proud to say today I think we’ve built an incredible company, and I think we have some amazing talent signed to us. Every day we are grateful that they believe in the same things we do.

“I want to say a quick thank you to my team, they are so fantastic. They work together globally, they talk to each other, we have no territory boundaries. They are infectious and support each other and I totally believe we’re a team. I think teams are everything and no man – or woman – is an island.

"I want to thank all the artists and writers we have signed. Music is my passion, and why I got into the music business originally is because I love music. So every day it’s so great to have a job where you wake up – new songs, new ideas, just being able to put people with people to come up with a new idea, it’s a luxury and I enjoy every day and love my work.

“To all the women in here today, I just want to say we’re doing a fantastic job, we’re not the underlings, we’re ruling it, this is great. Keep on rocking it, it’s fucking great!”

Dipple is the cover star of this week's edition of Music Week. You can read her interview here.