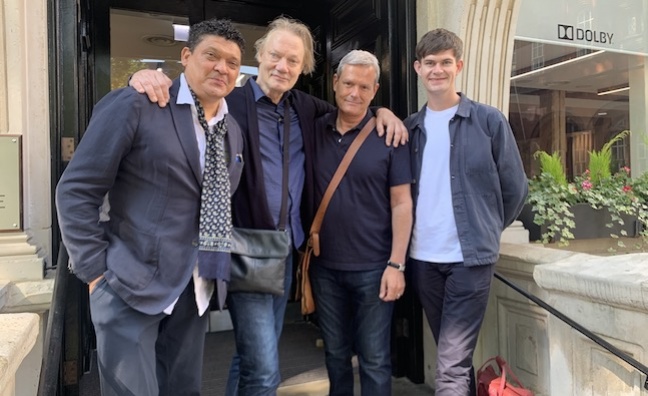 Orbit has sold 200 million recordings worldwide across his own catalogue of work, and his production and songwriting career.

He has written and produced for Madonna, Blur, All Saints, No Doubt, Pink, Robbie Williams, Katie Melua and Britney Spears.

His discography of original works includes the 1999 studio album Pieces In A Modern Style, which peaked at No.2 in the UK.

He has earned three Grammy Awards and four Grammy nominations, as well as being a Golden Globe nominee. He has won an Ivor Novello and multiple other music industry awards.

The agreement with Sentric covers key works from Orbit’s catalogue as well as future works, including a new album that will be released early next year.

Orbit’s catalogue will benefit from Sentric’s sync and creative departments in particular.

Peter McCamley, Sentric Music Group creative director, said: “William is truly an outstanding songwriter. We are delighted to bring him to Sentric Music Group. We look forward to maximising the value of his stellar catalogue of works, and partnering with him for the next stage of his career. Our creative and sync teams are already strategising how we work both his existing and new catalogue.”

William Orbit said: “I'm loving making music as much as I did in the mid ’90s. Clearly the publishing and sync game has changed, and I look forward to playing it with the team at Sentric.”