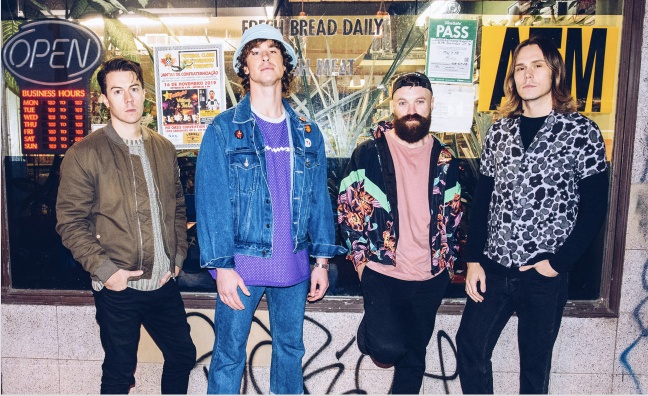 Sentric Music Group has confirmed it has signed Don Broco to an exclusive songwriting agreement that covers future works.

The band have previously played sold out shows at both London’s Alexandra Palace and Wembley Arena and enjoyed live success in North America, selling out their debut US headline tour in October 2019.

Speaking about the deal, Sentric creative director Peter McCamley said: “It’s not every day you get to pen deals with a band as exciting as Don Broco. The lads bring a level of energy to their tracks that really sets them apart from the rest. Myself and the team at Sentric are looking forward to being a part of their forthcoming releases and working closer with the guys at Raw Power to build on an already successful relationship.”

The band’s manager, Raw Power’s Dan Jenkins, added: “We are all very excited about the new partnership between Don Broco and Sentric. From the first meeting it was very clear the Sentric team were keen to partner with us, buy into the band’s artistic vision and work alongside us in taking the band to the next level. Sentric have a great history, not only as a publisher, but also in securing some huge syncs for their artists, which makes this new partnership even more exciting.”

In September this year, Sentric Music Group and Prolifica announced a publishing joint venture. You can read all about it here.