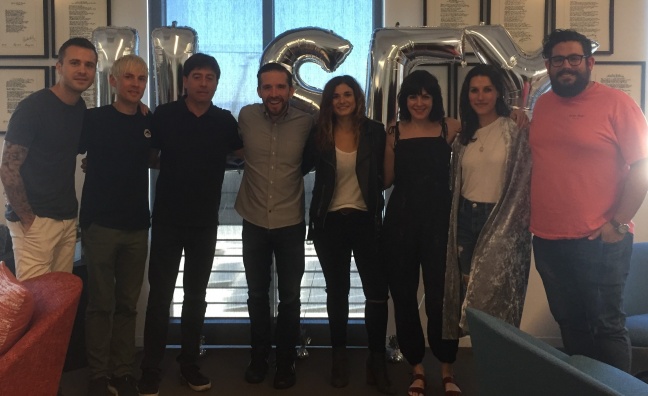 The new agreement includes global hits such as Shawn Mendes’ Mercy, In The Name Of Love (featuring Bebe Rexha) and Fireball by Pitbull as well as her contributions to recent chart-topping albums by Beyoncé, Drake and Linkin Park. It will also cover future compositions.

“Ilsey is an incredible songwriter who has already worked with so many great artists and we are proud to have been part of that success," said Sony/ATV co-president, US, Rick Krim. "I am excited that we will continue our relationship with her and to see where her writing takes her next.”

Sony/ATV VP, creative Tyler Childs said: “Ilsey is family to us at Sony/ATV. We've watched her grow into one of the most sought-after songwriters in the world today. We’re thrilled to continue our work together.”

Juber, who has written for or with a number of the world’s biggest music stars including Beyoncé, Mariah Carey, Drake, Linkin Park, Shawn Mendes and Britney Spears, has been with Sony/ATV since 2010. “I’m so happy to be staying at home with my Sony/ATV family," she said. "Everyone here has always encouraged my work and I can’t wait to see what else we can accomplish together.”

Among the other artists who she has worked with are Noah Cyrus, Fifth Harmony, Nick Jonas, Majid Jordan, Kaskade, Dua Lipa, Jennifer Lopez and Tinashe.

Evan Taubenfeld, Juber’s manager and head of A&R at Crush Music, said: “Sony/ATV has been with Ilsey since day one and though we’ve accomplished an incredible amount together, she’s only getting started!”