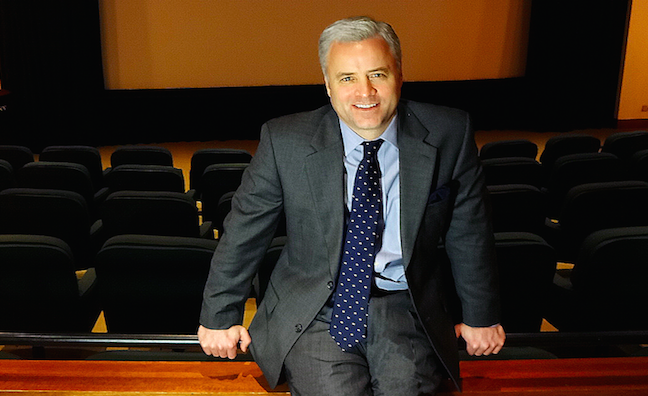 Monaco’s expanded brief will see him focus on developing business opportunities in growing music regions around the globe, including China.

Under his stewardship, global sync revenues at the company increased by a double-digit percentage in the last financial year. Notable achievements include securing the most spots by a music publisher during the live broadcast of Super Bowl 50 and the licensing of the Beatles song catalogue for the children’s animated series Beat Bugs, which launched globally on Netflix in August, as well as the first ever placement of a Beatles song (Hey Jude) in a Chinese movie Yesterday Once More.

Monaco also signed a deal with Coca-Cola to supply lyrics for 50 of the 75 songs featured in the brand’s Share a Coke and a Song campaign, while his division secured 19 songs in the upcoming Universal Pictures animated comedy Sing.

He will continue to oversee Sony/ATV’s worldwide sync department for commercial music, film and TV from the company’s New York headquarters and will continue to report directly to Martin Bandier, chairman and CEO of Sony/ATV.

Bandier said: “With the revenue from film, TV and commercials now more significant than what we generate from CDs and digital downloads, the role of running our synch division has become even more important for us. I don’t believe there is anybody more qualified to fill that role than Brian. He understands synch and the marketing and promotion of our catalog better than anyone and has built a best-in-class team and modern infrastructure to maximize the value of our songs. With his new responsibilities Brian will be able to take this area of our business to even greater heights.”

Monaco added: “Sony/ATV’s vast catalog is ripe with songs that connect with audiences and play well for television, film, gaming, virtual reality and across other platforms.  I’m grateful for the support Marty has given the synch team to develop innovative opportunities and partnerships to monetize our library for our songwriters.”