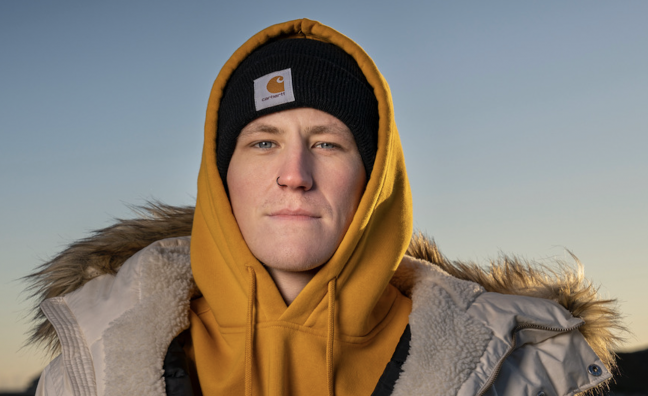 The Wellerman hitmaker, who is set to release new single Told You So, scored a Number 1 hit single after initially posting his version of the sea shanty on TikTok.

“It’s an absolute honour to have signed a new deal with the biggest music publishing company in the world, Sony Music Publishing," declared Evans.

"I can’t put into words how excited and happy I am to move forward and to find out what other surprises the future has in store!”

“Nathan’s extraordinary emergence this year has been a joy to be part of and it’s been a pleasure to get to know him and to work with his brilliant team," they explained.

"What’s clear to us is that the Wellerman story is actually just the first chapter. Nathan is a prolific and talented songwriter with a voice and charm to match and we’re delighted that he has chosen to work with Sony Music Publishing on the next stage of his career.”

Professor Jonathan Shalit OBE, chairman of InterTalent, said he was pleased with the deal and the publishing team Evans will now work with.

“Sarah Lockhart is a Rottweiler, and supported by Tim Major, David Ventura and Jon Platt impossible to resist," he said. "Their passion and determination to sign Nathan from the off was extraordinary.”

Earlier this year Evans signed with UTA for worldwide representation.