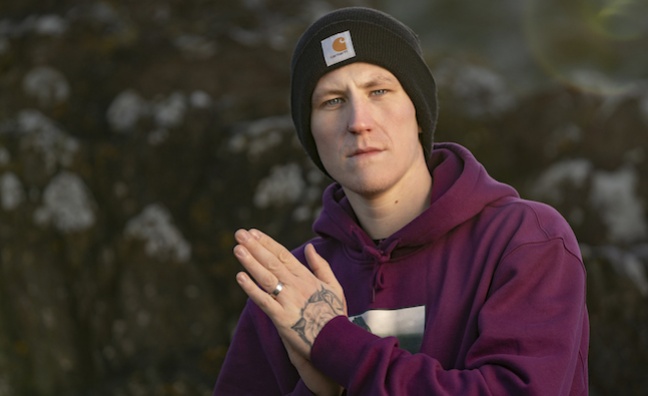 It’s been impossible to avoid the viral #SeaShanty phenomenon so far this year.

Nathan Evans, the pioneer of the genre on TikTok, is now chasing No.1 with his single Wellerman (Polydor). A strong performance on downloads and healthy streaming tally are being driven by the remix from 220 Kid and Billen Ted.

The postman from Airdrie has become the most unlikely breakout star of recent years. Having uploaded his fisherman-themed tune to TikTok, he ended up on ITV’s show Lorraine. Evans was promptly signed to InterTalent by manager Professor Jonathan Shalit, who then secured a global deal with Universal Music.

As well as making an impact on DSPs, TikTok and YouTube, Evans has won airplay support from BBC Radio 1, Radio 2 and Capital.

Wellerman is now challenging No.1 single Drivers License by Olivia Rodrigo – Polydor’s other big breakout star of 2020. Here, marketing director Stephen Hallowes gives us the inside story on a unique artist campaign…

The sea shanty genre has taken off – how has Nathan Evans managed to cut through in chart terms?

“Nathan was the one that originally sparked the #SeaShanty trend on TikTok, so whilst there were other acts in the genre who already had music live on DSPs capitalising on the growing interest, fans were waiting for his version to be released officially and you could see that pent-up demand in how quickly the track flew up the charts when it was finally released. In addition, having the 220 Kid remix as part of the story has really helped. Radio picked up on that as a bootleg before it was even released, and so we put that out simultaneous with the original version and it’s working in areas where the original wouldn’t.”

There's been huge media coverage, how did this help launch Nathan and what was your own marketing strategy?

“This feels like one of those classic human interest stories that traditional media can really get behind – a postman from Scotland igniting a viral trend on TikTok and then going on to fulfill his dream of signing a major record deal – it’s heart warming.

How significant has TikTok been and how have you managed that side of the campaign?

“TikTok has been absolutely instrumental in this launch. They put together an incredible campaign both on and off platform globally to help launch the song, which has resulted in 175,000 creations for the official sound on the platform in less than a week, which is one of the biggest first week creations we’ve ever seen. What they’ve done so effectively here is help leverage the already huge interest into the #SeaShanty trend on TikTok into Nathan’s official release, which is part of why it’s flown up the charts so quickly.”

What are your chart hopes for this single beyond week one – and what are the ambitions for Nathan as an album artist?

“We’re aiming to go all the way with this one! Beyond that, we are committed to Nathan as an artist long term and what’s happening now gives us a brilliant platform with which to launch a career.”