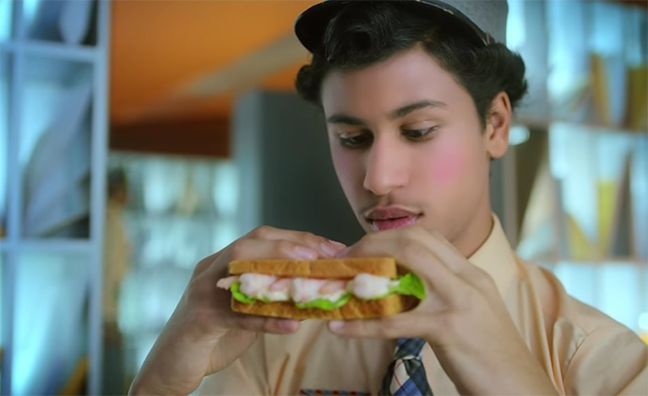 First aired in America at the star of the year, e-mail marketing platform MailChimp’s debut commercial campaign has been making waves on both sides of the Atlantic ever since. That’s mainly down to the fact that it’s extremely surreal.

In short, London-based music supervisors Ricall commissioned an original song - written by musicians Alex Cowan and Joshua Williamson - to be sung by a shrimp to a postboy from inside a sandwich he’s eating at work.

The Mailshrimp campaign plays on the fact that MailChimp’s name is often mispronounced.

Ricall’s Napier Bonnet explains: “It was an extraordinary music brief – to write a heartwarming song from the perspective of a shrimp who longs to be a mailboy.

What Alex and Joshua pull off so well is resisting the song to fall into parody. Instead they came up with was a truly soulful track with a vocal performance brimming with character. The reception has been fantastic.”

Abla El-Sharnouby, owner of publisher Five Missions More, also reflects happily on the campaign. “We wanted to let the bizarreness of the concept speak for itself via the lyrics and keep the music as authentic as possible,” she says.

“The aesthetic was strong and used the idea of a 1950s crooner as a starting point. Alex did a brilliant job of creating a classic sounding track and Josh’s vocal completed the picture.”