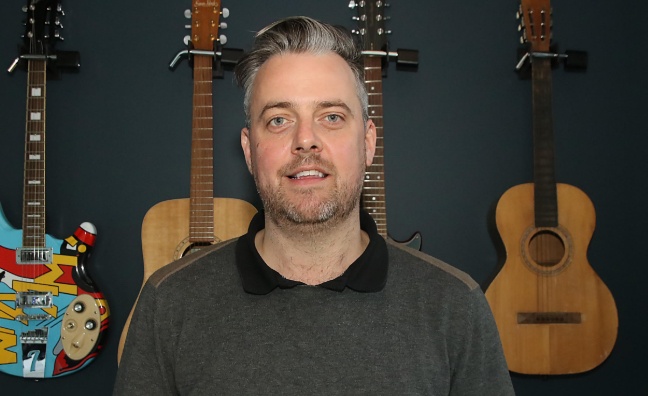 Foster continues to be based in London, reporting to Mike McCormack, managing director of UMPG UK.

He first joined in 2011, and moves up from his previous position as UK head of film & TV. In the new role, will run the company’s film and TV divisions across Europe.

Mike McCormack said: “It’s rare that you find an executive as charming, well-liked and charismatic as Tom, who is also so effective and forward-thinking in their role. His management of the team has delivered us many successes over the years and given invaluable, profile-raising film and TV placements for new artists on our roster. This promotion is well deserved and another step in UMPG’s globally integrated approach to deliver the very best service to our roster.”

The future is bright for our songwriters

Foster added: “Now more than ever, sync is one of the most important avenues for bringing our songwriters’ music to global audiences. With so much quality content in development, this is a very exciting time for our business. I want to thank UMPG Chairman and CEO Jody Gerson for empowering our team to turn good ideas into great ones, and Mike McCormack for his energy and consistent support. UMPG’s film & TV team has unmatched passion and creativity, and the future is bright for our songwriters.”

So far at UMPG, Foster has worked on sync placements across a roster of writers that includes Irving Berlin, Elton John, Agnes Obel and Tom Walker.