'There is nothing we can't achieve': Robin Godfrey-Cass to run Round Hill Carlin UK 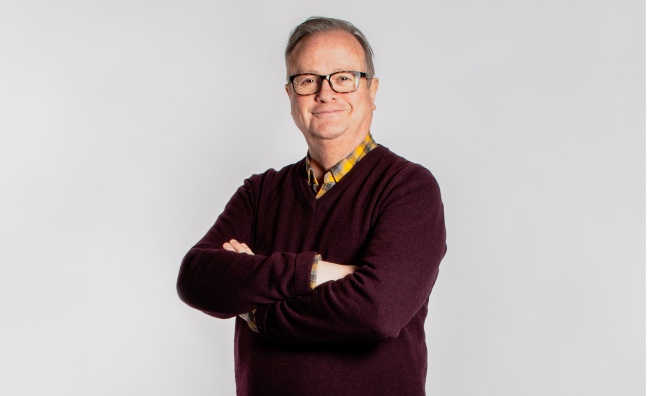 Former Warner Chappell boss Godfrey-Cass, a key figure in the UK publishing biz in the ‘80s and ‘90s before leaving for the US, has been serving as executive consultant to Round Hill Carlin UK for the last 15 months. He originally returned to Britain in 2017 to take up a consultancy role with Universal Music Publishing Group.

“I’ve known Robin for eight years and it’s safe to say he’s a good guy, perhaps the best, to have on your team when it comes to creative and deal sourcing in the UK,” said Round Hill Music CEO Josh Gruss. “We’re proud to have him running our London operation and breathing creative life back into the Carlin operation.”

“I have spent over a year with Round Hill Carlin during a period of integration of the two companies,” said Godfrey-Cass of the newly-created role. “I am thrilled to have been given the mandate to lead the combined UK company into an exciting new future. With my dynamic UK team and the support of the US, there is nothing that we cannot achieve going forward. I would like to thank Josh for giving me this opportunity to be part of this exciting company."

Round Hill bought independent publisher Carlin in 2018 for around $245 million, acquiring copyrights made famous by the likes of Elvis Presley, AC/DC and Billie Holiday. The combined group also reps the likes of Sleater-Kinney, Yonaka and Steve Vai.

“During my time spent at Round Hill Carlin UK I have discovered a great team,” Godfrey-Cass told Music Week. “We can move forward together, build and grow and be a seamless operation with the US. I am very excited for the opportunities that are going to be opened up at the company.”

Godfrey-Cass will no longer pursue his own management and publishing interests as he looks to build up Round Hill Carlin on this side of the Atlantic.