"There's a difference between talking the talk and walking the walk": Willard Ahdritz on Kobalt's publishing revolution 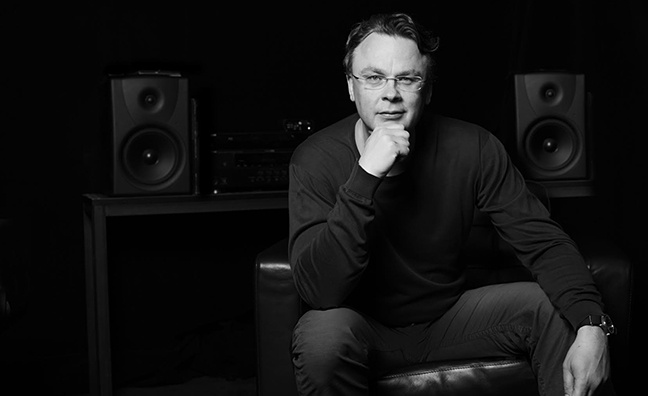 Where there’s a Willard, there’s a way. Kobalt Music founder/CEO Willard Ahdritz appears on the cover of this week’s Music Week, alongside the company’s chief creative officer Sas Metcalfe, shooting from the lip about his mould-breaking company and its relationship with the rest of the music industry.

Ahdritz admitted that Kobalt’s publishing modus operandi – offering writers more favourable deals by acting as an administrator rather than a rights-holder, and pledging to deliver more revenues than traditional music publishing deals – hasn’t always gone down well with rivals. The company’s emphasis on technology and transparency has, however, proved popular with creatives – and influential on the rest of the business.

But Ahdritz told Music Week that, despite other publishers embracing transparency and investing in technology that updates clients instantly on earnings, Kobalt remains way out in front.

“You can repaint the aircraft, but you still have the same shitty toilets,” said Ahdritz. “It’s a huge difference. We started from the inside out. The deep integration of all of the different DSPs, telecoms, societies and digital distributors in the world is absolutely a tough nut to crack and I can tell you we are the only ones in the world that have done it. You can have a great app or put your statements on the web. But there’s a difference between talking the talk and walking the walk. Real transparency is at source, [featuring] stream revenue rates and usage data in real time globally. It’s absolutely clear that Kobalt is setting the new standard.”

Despite Kobalt not turning a profit after 17 years of operation, Ahdritz pledged to carry on investing in technology, having recently closed a $75m funding round. He said Kobalt’s approach had helped revive the industry.

“One day, they’re actually going to have to give me some credit,” he said. “They were old and out, had no vision, and focused short-term on getting their $50m salaries, taking the industry down the tube. I was the only guy [interested] in building an industry, investing in technology when everyone was getting out.”