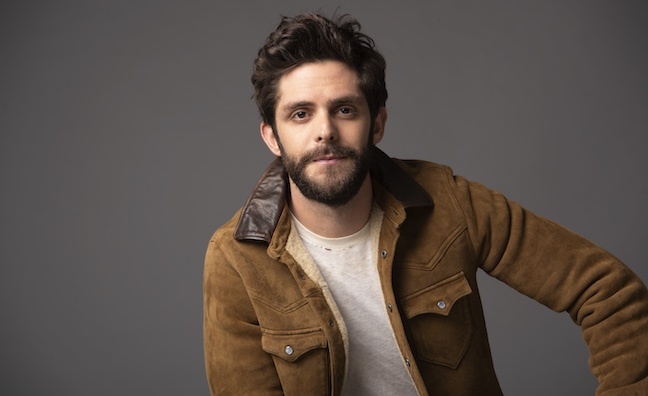 It has been announced today that multi-platinum country artist Thomas Rhett has signed a worldwide exclusive publishing deal with Warner Chappell Music Nashville.

Rhett has garnered 15 No.1s, won ACM Awards Male Artist of The Year and has broken the Billboard Country Airplay Chart record for most consecutive No.1s. His songwriting credits also extend to Jason Aldean’s I Ain’t Ready to Quit, Florida Georgia Line’s Round Here and more.

"Ben has been incredibly instrumental in my career from the very beginning, starting with signing me to my first publishing deal in college. I’ll never forget playing 'Beer with Jesus’ for him right after I wrote it and him being the biggest supporter.

“He's truly one of the most innovative and hardest working guys I’ve ever had the honour to work with, and am looking forward to this new chapter together.”

President & CEO, WCM Nashville, Ben Vaughn added: “Thomas Rhett is an all-around force in music. He can put on one of the most unforgettable, energetic live shows you’ve ever seen, and then hop right off stage and write the next great song. Aside from being an extraordinary artist, he is a man of great integrity who I’m grateful to have called a friend for many years.

“Everyone in Nashville can attest to his character; Thomas has invested his time in our community and contributed to the success of dozens of other artists. I know I speak for myself, Spencer (Nohe) and the entire WCM team when I say we’re honoured to be on this journey with him.”

Thomas Rhett has recently teamed up with Reba McEntire, Hillary Scott, Chris Tomlin and Keith Urban for track Be A Light, which aims to bring hope to his fans during the pandemic. It is currently sitting in the Top 5 at Country Radio.