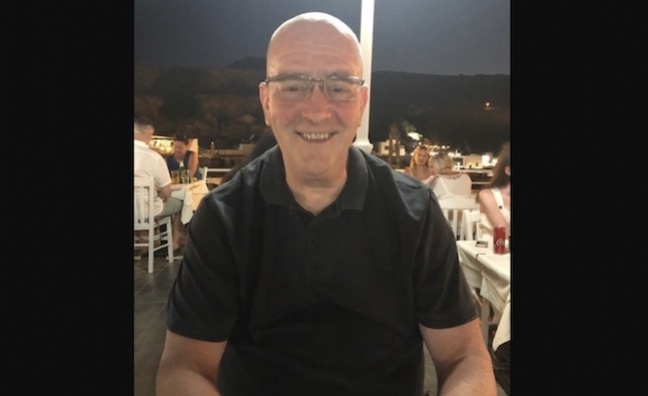 Barry McKee, the head of UK administration at Warner Chappell Music, has passed away aged 59.

Barry McKee had worked at Warner Chappell for more than 30 years, first joining in 1988 and taking up his role as head of UK administration in 2008.

A keen golfer, who had played every course in Essex and many more, McKee was also a passionate football fan and a lifelong supporter of Tottenham Hotspur.  An enthusiastic tennis player, he could often be seen on the courts at Brook Green when WCM had an office nearby.

“Barry was always happy to share his encyclopaedic knowledge and was particularly keen to nurture younger colleagues starting out in music publishing,” said Warner Chappell in a tribute to the publishing veteran. “A well-known character, he was as happy chatting to the security team on the front desk as he was with the publisher’s superstar writers.”

McKee was a huge fan of punk music, and he and his wife Margaret (who also worked at Warner Chappell) both shared a love of The Jam and Paul Weller. The couple, who were together for more than three decades, married last year.

Claire McAuley, SVP, global administration, Warner Chappell Music, said: “Barry was a wonderful man who was steeped in knowledge about our writers and their catalogues. He always had time to share his expertise with colleagues and was particularly keen to help younger members of the team who were making their way in the industry. We’ll miss his wry humour, energetic enthusiasm and his unbridled kindness.  Our thoughts are with his wife Margaret and his family at this difficult time.”

Shani Gonzales, managing director UK and head of international A&R, Warner Chappell Music, added: “Barry’s reputation preceded him. He made an indelible impression and will be remembered by generations of colleagues he mentored over the years, both at Warner Chappell and across the music business.  His passion for music publishing was legendary and he was always happy to share his knowledge and experience.  Barry’s extended family at Warner Chappell will miss him greatly, but carry fond memories of him forever.”

Donations to MacMillan Cancer Support would be welcomed by the family.