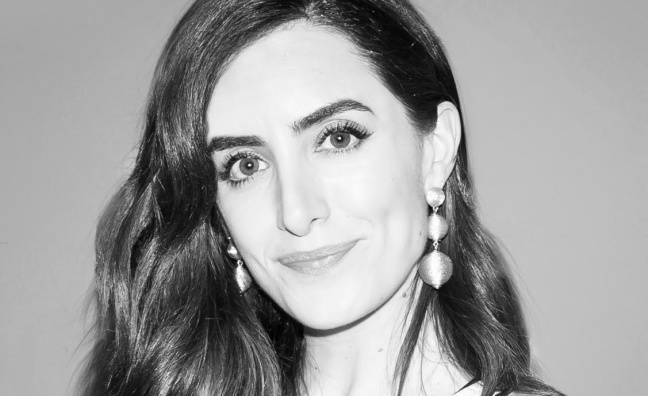 Kobalt’s rising star publisher Amanda Samii has been promoted to VP of creative.

Samii – who recently starred at MUSEXPO 2019 – has shown she has her finger on the pulse of modern pop, with a string of hitmaking signings.

She was instrumental in signing Marshmello to Kobalt Music Publishing last year, with the DJ/producer scoring a string of hits and earning over two billion streams to date. She also signed Finneas O’Connell, Billie Eilish’s brother and co-writer, who has helped the superstar teenager to huge international success.

"I am very proud to see Amanda become VP, creative at Kobalt,” said Kobalt chief creative officer Sas Metcalfe. Having worked with her for a number of years, I have seen her true passion for music and her loyalty to our writers and artists, always giving 100%. This promotion is hard earned and well deserved."

Samii first joined Kobalt in 2011 as an assistant and Sue Drew, Kobalt’s GM, creative & acquisitions added: "It has been a pleasure watching Amanda grow from assistant to vice president! Her work ethic is first rate and her prescience in signings has been very thoughtful. She embodies the spirit of Kobalt and is a team player who can be counted on.”

“They say if you love what you do it will never feel like a ‘job’,” Samii added. “I can say wholeheartedly that it has been a pleasure to work at Kobalt for the last eight years. For me, publishing started as a curiosity but quickly turned into my greatest passion. I’m excited to step into the role of vice president, creative and continue to discover and cultivate great talent."