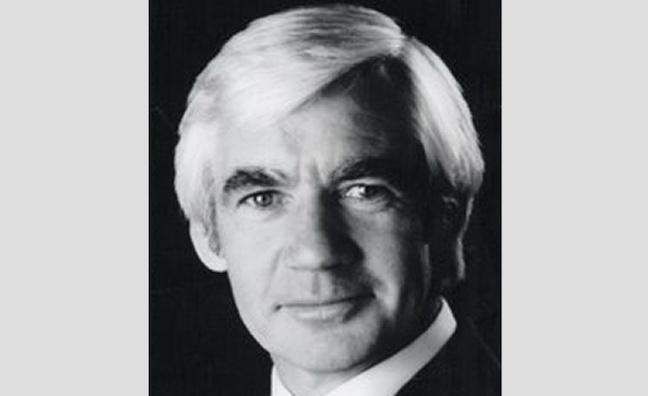 Martin won five Ivor Novello Awards, including one for Songwriter Of The Year. In 2014, he received the MBE for services to music and charity in Scotland.

He formed a songwriting partnership with Phil Coulter in 1965. Their compositions were performed and recorded by artists including Elvis Presley, Sandie Shaw, Ken Dodd, Geno Washington, The Troggs, George Harrison and Cliff Richard.

Martin and Coulter had a successful run at Eurovision, including the first UK victory in 1967 with Puppet On A String by Sandie Shaw. They finished second the following year with Congratulations by Cliff Richard.

Martin was also a music publisher and represented Van Morrisson, Christie Moore and Midge Ure, as well as his own compositions with Coulter. His co-writer paid tribute on Twitter.

“He was my songwriting partner for almost twenty years and an important part of my life and career,” said Coulter. “I remember with most affection our early struggles in Denmark Street. End of an era.”

That performance by @Hozier of The Parting Glass, one of my all time favourite songs,is up there with the best I ever heard.Ranks with classic versions by Liam Clancy and The Voice Squad.Brilliant.Also,full marks to @MiriamOCal who did a great job hosting. https://t.co/HSP9EDjV1j

So sad to hear about the passing of songwriter extraordinaire Bill Martin. Once a year we'd go for lunch, which lasted an afternoon ???? as he regaled me with stories about his amazing life, including buying John Lennon's house where they'd filmed Imagine. RIP to a great man. pic.twitter.com/WjEZqd1sSw

Nigel Elderton, PRS for Music chairman and MD/European president of Peermusic, said: “Bill epitomised the era of the ‘Tin Pan Alley’ songwriter. He always dressed impeccably, greeted everyone with a smile and a quip and had a nose for a great song. Everyone in the songwriting and publishing community knew Bill and with a clutch of huge hits to his name, he became known the world over. Sadly, there are very few of those wonderful characters from the Denmark Street era left and Bill’s passing will leave a huge void. I will miss him dearly as I know that many of his friends from the Society of Distinguished Songwriters will also. My sincere condolences to Jan, Angus and Bill’s family. Sleep well old friend!”

Martin, a former shipyard worker and footballer from Govan, changed his name from Wylie MacPherson.

Between 1967 and 1976, Martin was behind four UK No.1 singles – Puppet On A String, Congratulations, Back Home by the 1970 England World Cup squad and Forever & Ever by Slik.

Martin scored a US Hot 100 No.1 with Saturday Night by the Bay City Rollers in 1975. In the same year, he wrote Toi, the Eurovision entry for Luxembourg, which finished fifth.

In the 1980s, Martin penned songs for the West End production Jukebox.

Martin was awarded the Gold Badge Award for services to the music industry in October 2009.

In 2017, he released his autobiography, Congratulations: Songwriter to the Stars.