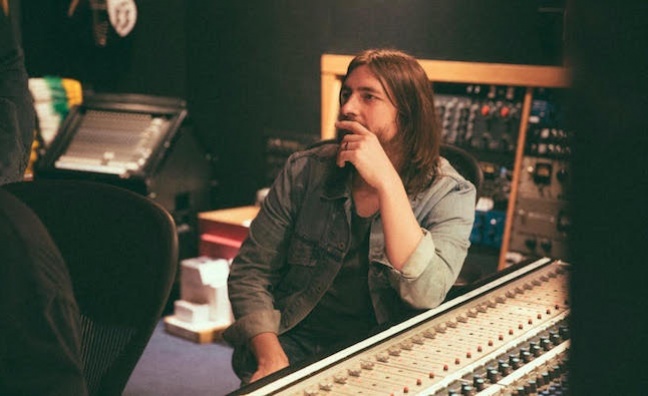 Nashville-based Cobb (pictured) serves as head of Elektra imprint Low Country Sound and is also the producer-in-residence at RCA Studio A.

He has worked on albums by the likes of Brandi Carlile, The Highwomen, Chris Stapleton, Jason Isbell, Sturgill Simpson, John Prine, Anderson East and Rival Sons, and served as a musical consultant and producer on the 2018 remake of A Star Is Born, producing Lady Gaga’s Always Remember Us This Way.

Cobb said: "I'm really excited to be part of such an amazing team they have really made me feel at home and welcomed. I look forward to getting to work and seeing what kinda trouble we can get into.”

Among his Grammy wins as a producer, Cobb has been awarded Best Country Album twice for his work on Stapleton’s Traveller and From A Room: Vol 1; Best Americana Album three times for Jason Isbell and the 400 Unit’s The Nashville Sound, Isbell’s Something More Than Free, and Carlile’s By the Way, I Forgive You; and Best American Roots Song for Carlile’s The Joke.

Jody Gerson, chairman and CEO of UMPG, said: “Grammy Award-winning writer and producer Dave Cobb’s versatility is impressive, from working on the soundtrack for A Star Is Born, to incredible collaborations with artists such as Brandi Carlile, The Highwomen, Jason Isbell and Chris Stapleton, and most recently working with the iconic Barry Gibb. I am thrilled to welcome Dave to UMPG’s global family, and we are excited to work closely with him in order to further his musical ambitions, which include more film and television projects.”

Troy Tomlinson, chairman and CEO of UMPG Nashville, said: “Dave Cobb makes music that proves the value of “less is more”. His writing is straightforward. His production provides the space for the artist to interpret in their own way. All that and he’s a great hang! We are thrilled to be able to come alongside him on his musical journey.”