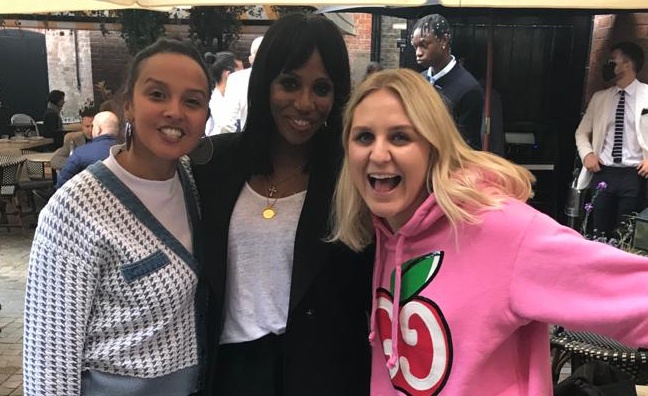 Lewis co-wrote most of the songs on All Saints 5x Platinum self-titled debut album – which currently stands on sales of 1,477,610 according to Official Charts Company data – and its No.1 follow up Saints And Sinners, as well as the No.1 hit singles Never Ever, Bootie Call and Pure Shores.

An official press release stated that Lewis was brought into Warner Chappell by Emily Foreman, who recently re-joined the company as creative manager, reporting into the UK head of A&R, Amber Davis.

Speaking about her signing, Shaznay Lewis said: “After speaking to Emily, Amber and Paul (Smith) I knew that Warner Chappell would be the perfect place to look after my back catalogue and will be a great support in my work going forward. I’ve been working on a lot of great song ideas and I’m looking forward to developing them with the Chappell team.”

Pure Shores, which was co-written by Lewis, was No.1 in six countries and in the Top 10 in a further 12. It earned Lewis an Ivor Novello Award and was nominated for two BRITs.

Lewis has also written a number of songs for other artists including How Ya Doin’? for Little Mix and the BRIT nominated single Black Heart for Stooshe. In 2019, Lewis co-wrote the theme music to Netflix’s original series Turn Up Charlie, alongside Idris Elba.

Amber Davis added: “We couldn't be happier with Shaznay joining the Warner Chappell roster, her catalogue is timeless and one of the classics of the ‘90s period. The team is excited to get to work placing her iconic songs in new and interesting places. We're over the moon that Emily was able to make this her first catalogue and futures signing so quickly after re-joining the team and that we’re able to work with Fascination Management on another writer."

You can read Shaznay Lewis' 2020 Hitmakers all about the making of All Saints' Never Ever here.