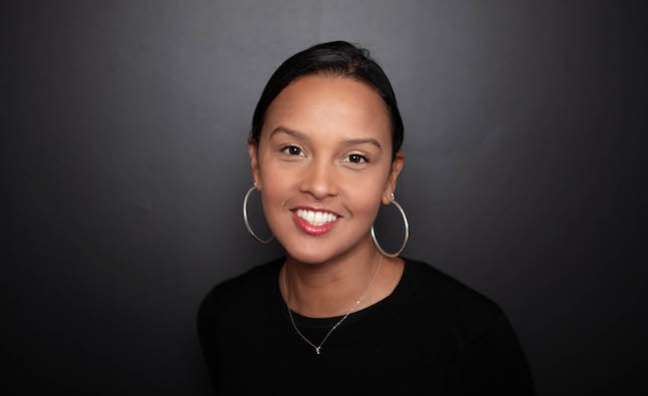 As well as triple nominee Celeste, there are two nods for J Hus, plus nominations for Nathan Dawe and Raye. Lianne La Havas is recognised in the Female Solo Artist category for her self-titled third album.

Warner Chappell songwriters/producers James Ford (Jessie Ware) and Jonny Latimer (Nathan Dawe) are part of this year’s BRITs story too. Also in the mix, if not actually up for awards this time, are the publisher’s stars Stormzy (a co-writer on Headie One’s Ain’t It Different), MNEK (Joel Corry’s Head & Heart) and Tay Keith (Rain by Aitch & AJ Tracey).

What do Warner Chappell's nominations say about the year the company has had?

“Despite all the challenges the last year has thrown up, Warner Chappell’s songwriters have continued to create exceptional music across a range of different genres and I think our nominations show that. I’m delighted to see so many of our writers feature on this year’s shortlist, and I think this shows that really great music can still cut through and have an impact. We can be proud at Chappell at how we’ve adapted and overcome a lot of obstacles.”

You've got involvement in three of the album of the year nominations, what does that mean to the company?

“It is an amazing achievement to have so many albums recognised in arguably the biggest award of the night. They are all very unique albums but are all equally as brilliant. It's hard to pinpoint what makes them so special. J Hus always delivers and he has such a connection with people in Britain – it was also going to be hard to follow up his phenomenal debut but he did so brilliantly. This will also be the second time he has been recognised for a BRIT Album nomination [Common Sense in 2018], so I really hope he walks away with a win in either category. Celeste really shone brightly this year and created an incredible body of work that has resonated with so many people. And then James Ford did an amazing job producing Jessie Ware’s record, which I thought was fantastic.”

How does Warner Chappell nurture and develop its talent - you've got a lot of new acts among the nominees? Has this been a good year for new British music?

“We try to give our songwriters the space and time they need while putting them in rooms with other talented people to help get the best out of them. I think it’s about the writer finding their own voice and sound, but it’s always beneficial to spend time and learn from other writers and musicians. We're also really delighted with Nathan Dawe's nomination, as he is one of the more recent signings we made during lockdown. It’s obviously been a very strange year for British music but the industry has continued to put out brilliant music and sign new acts, and I think we can all be very proud of that.”

Similarly, there's a real spread of genres among the Warner Chappell acts on the shortlist, how pleased are you with that? And is the BRITs changing as the sound of popular music changes?

“That’s probably what I’m most pleased about – the depth and variety of our artists and the range of genres we have nominated this year. There’s a real mix from huge pop hits to alternative jazz and soul, from new UK rap classics to a disco-inspired record [Jessie Ware]. At Chappell, we always try and sign the most interesting writers and we’re lucky enough to have a really diverse and exciting roster. I think over the last few years we’ve definitely seen the BRITs evolve and welcome new music. The more variety we have across the awards the better!”

Are you pleased with the diversity of the BRITs shortlist this year?

“This year’s shortlist is probably the most diverse I can remember. Every year the BRITs seem to be improving, which is great to see. And I’m delighted to see so many of those artists recognised on one of the biggest stages.”

The BRITs is different this year, but what would a win or two mean for the company?

“We try to not put too much emphasis on award wins as we know it’s not the be all and end all – but having said that, it’s always nice to win one! Especially a BRIT, as the impact is instant – we see album sales soar in the following weeks and there’s a lot of new interest around the artist and writers who have won. It’s also nice to know all the hard work you and your artist have put into a project has been recognised and appreciated on a huge scale.

“The last year has been challenging for everyone. And like everyone, the music industry has learnt to adapt. At Chappell we have continued to sign really exciting songwriters, we’ve arranged writing camps virtually and our writers have delivered and released world-class music despite the pandemic. Music remains the constant when there is so much turmoil around us.”

Finally, Celeste is up for two big awards after winning Rising Star last year. What role did Warner Chappell play in making sure she had a breakthrough 2020?

“I couldn’t be prouder of Celeste. After winning the Rising Star award an artist usually gets to enjoy a year of touring and playing festivals to really capitalise on the attention the award gets you. The way Celeste, her management team and Polydor Records have navigated a year without those outlets has been exceptional. To land a No.1 album and three thoroughly deserved BRIT nominations is a testament to their hard work and her incredible music.

“I’ve also got to thank Ayla Owen, Andrew Howell, and the rest of their sync team for continuing to build momentum around Celeste with a host of well-placed big syncs. The John Lewis Christmas advert, the Sky Sports Premier League coverage and Netflix’s The Trail of the Chicago 7, which also won her an Oscar nomination!”