Polydor's Ben Mortimer on his ambitions for No.1 breakthrough artist Celeste 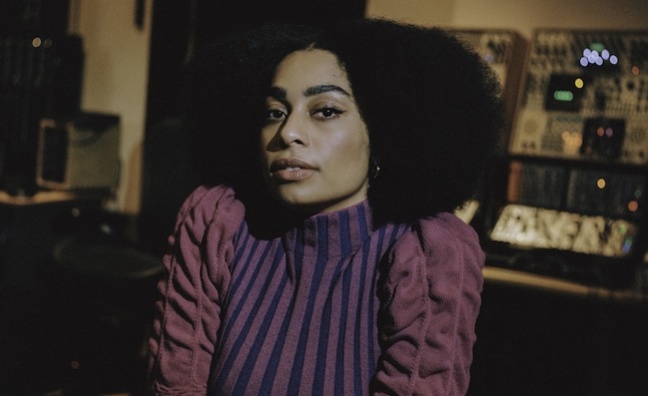 Celeste’s Not Your Muse is the first chart-topper for a debut UK female artist since Jess Glynne in August 2015.

Like a lot of UK debut acts, Celeste’s LP was put on hold last year as a result of the pandemic. It had been set up with a BRIT Awards Rising Star victory and the BBC Sound Of poll.

The former Music Week cover star’s album debuted at No.1 with Official Charts Company sales of 22,475 (including 18,206 physical copies and 1,898 from streams).

Despite the impact of Covid-19, Celeste kept busy writing last year following her BRITs win and televised performance. As well as her singles chart entry at the beginning of the year with Stop This Flame (No.47 peak, 161,262 sales), the track went on to soundtrack Sky Sports Premier League as the theme song.

Celeste went on to secure the Christmas John Lewis sync with her original song, A Little Love, which peaked at No.59 (72,425 sales).

Last week, Celeste was jointly nominated with Daniel Pemberton for a Golden Globe in the Best Original Song category. The pair are recognised for Hear My Voice from Netflix film The Trial Of The Chicago 7.

So with the belated campaign set up perfectly for 2021, here Music Week catches up with Polydor co-president Ben Mortimer for the full story…

How significant is a No.1 album for Celeste at the start of 2021, and how can you build on the first week? Will live be a big element of the campaign later in the year?

“It’s hugely significant, and, quite frankly, a relief. It’s been well documented how badly the pandemic affected her rise. But she recorded a brilliant album under tough circumstances, and we’re happy to have been able to deliver it for her and her team. It’s crazy to think her biggest show so far has been Omeara (300 capacity). When she can get back out there, live will give her music a whole new life.”

The album was expected last year but the pandemic put many debut campaigns on hold. How did you adjust to the circumstances – and why is now the right time?

“Some artists, or perhaps more accurately ‘songs’, have been able to thrive within the new pandemic ecosystem, but an artist like Celeste needs traditional avenues like touring and TVs. These were cut off. Plus she relies on live musicians to create her music, which for a while was impossible. We had to pause, take stock, relearn, and work out our path forwards. Honestly, at this point now was the fastest we could pull it all together under those new pressures.”

How have you been able to promote the album at this time, what key media moments boosted the campaign?

“TVs have been vital for her. Polydor’s promotions team delivered a remarkable spread of appearances for her, and over the last 12 months she’s become a master of the lockdown TV performance. Her Graham Norton BBC One appearance particularly sticks in the mind, as she had to personally deck out her bedroom in red velvet and position the cameras herself.”

Week one has seen a strong physical impact, how did you achieve such big numbers?

“Those mainstream audiences that you get from TV really embraced her, which has driven those physical sales. Plus some meaningful sync and soundtrack opportunities came her way. We’re gaining great momentum across Europe with her too, particularly in Holland, Belgium and Germany. It’s all moving the right way.”

How is the campaign impacting at streaming and radio?

“She’s making some real in-roads here too. And over time this will just get bigger and bigger.”

As you say, she’s had big syncs – will that play a big part of this campaign and beyond?

“Her voice and style of music seems to suit sync and soundtracks so well. She’s had an enviable amount of offers come her way, for which I have to credit our incredible Globe team. From Sky Sports’ Premier League coverage with Stop This Flame, to the holy grail that is the John Lewis advert. Celeste has embraced these, and thrown her heart and soul into delivering great music to match. The fact she has a Golden Globes nomination for her original song Hear My Voice for the Trial of the Chicago 7, is testament to how seriously she’s taken this.”

Subscribers can click here to read our Music Week cover feature with Celeste.

Click here to read our interview with Globe’s Marc Robinson.