The Social set to reopen in partnership with Venue Group 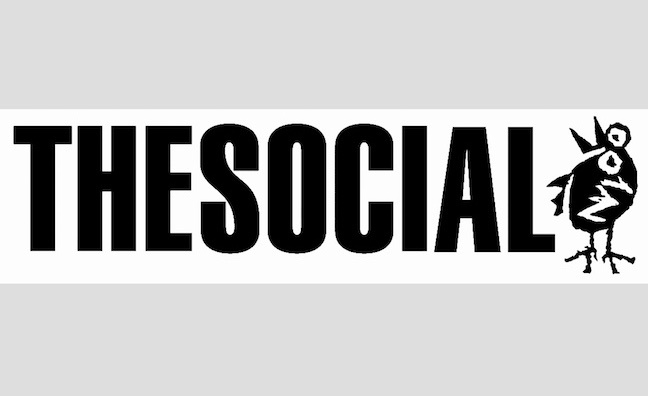 The Social is joining forces with fellow grassroots music venues Omeara and Lafayette to form a new partnership.

The much-loved two-floor venue in London’s West End will now operate under the Venue Group umbrella.

The management contract provides The Social with further support following its successful spring 2019 Crowdfunder campaign, which raised over £145,000 to stop the venue’s enforced sale.

The partnership has been announced as Venue Group, owned by Mumford & Sons member Ben Lovett, has secured a £2.359 million grant from the DCMS and Arts Council Culture Recovery Fund.

Described as “pioneering” in a statement, the partnership between Venue Group and The Social aims to provide financial security for one of London’s key grassroots music venues at a time of uncertainty. The Social will reopen in 2021 following a refurb.

Ben Lovett, CEO Venue Group, said: “Ever since The Social announced that it was at risk of closure in 2019, I have been actively engaged in trying to figure out a way to prevent that from happening. We have been working together on a solution that retains the entire independence and ownership for the founders whilst teaming up together to ensure the long-term viability of the venue.

“I believe that The Social is one of the most important destinations in London, especially as a music venue, and alongside Omeara and Lafayette I hope that we are developing a path for artists of all shapes and sizes to develop and grow with their fans in one of the world’s most significant music cities.”

Robin Turner, of The Social, said: “After the 2019 Crowdfunder, we knew we were realistically only halfway towards saving The Social. Though we were able to stay open for our 20th anniversary, we’d lost our long-time operating partners and needed to find new ones to help us move forward.

“When we met Ben, Greg [Lovett, CFO] and the Venue Group, we immediately knew they were kindred spirits – people who recognised the transformative power of a good night out, and were dedicated to offering audiences and bands the perfect gig going experience possible. We’re extremely excited about The Social taking its next steps forward with them. Here’s to the next 20 years.”

When threatened with closure last year, more than 1,800 supporters of the venue stepped into stop its sale. Venue Group will now provide financial stability and assist in its operation.

Other central London venues have not been so fortunate. Over the years, high rents and continued development have led to the loss of The Borderline, The Astoria, The End and The Metro. The 100 Club has endured thanks to support from Westminster Council.

Following its launch in the summer of 1999, The Social has hosted acts including The Chemical Brothers, Four Tet, Michael Kiwanuka, Florence & The Machine, Adele, Beck and Aphex Twin. Vampire Weekend and Bon Iver are among acts who made their live UK debut at The Social.

Alongside live music and DJ sets, The Social is renowned as home to literary events with publishers such as Faber and White Rabbit hosting readings and talks with the likes of Edna O'Brien, DBC Pierre, Caitlin Moran, Jarvis Cocker and Irvine Welsh, among others.